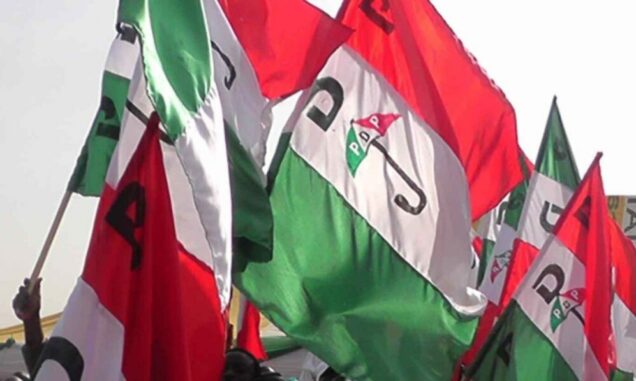 No fewer than 1,615 card-carrying members of the All Progressives Congress (APC) have reportedly defected to the Peoples Democratic Party (PDP) in Adamawa State.

The APC members from the Toungo Local Government Area of the state were at the weekend received into the PDP.

Speaking on behalf of the defectors, Mustapha Albashir, Alhaji Gana and Mallam Yahaya Abubakar said there are more people ready to follow them into the PDP.

According to them, after seven years in the APC, they cannot reckon with any tangible thing the party has achieved under President Muhammadu Buhari.

They lamented the country’s worsening insecurity, stagnation and poverty under the APC administration, saying they have learned their lessons after voting out PDP in the 2015 elections.

The defectors further stated that Buhari’s government failed to fulfill its campaign promises to Nigerians.

The defectors who were received by the Adamawa State chapter chairman of the PDP, Tahir Shehu, said they now felt convinced that the umbrella camp was the right place because of the real change brought by Governor Ahmadu Umaru Fintiri since 2019 when the PDP ousted the APC in the state.