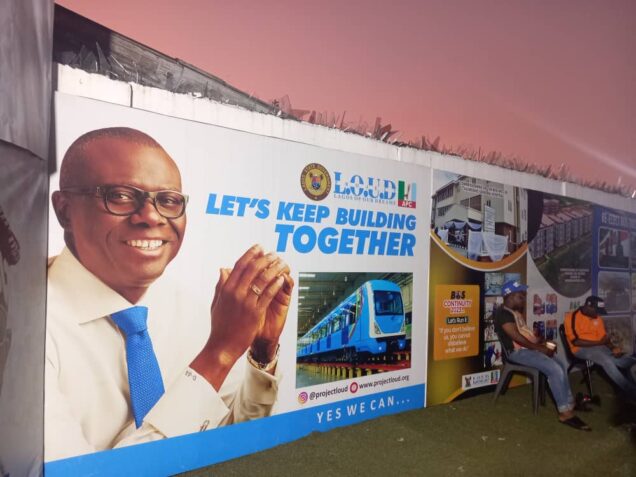 The campaign office for Sanwo-Olu

A group, Project LOUD (Lagos of Our Dream) has opened a campaign office in Surulere to coordinate the activities for the re-election of Lagos State Governor, Mr Babajide Sanwo-Olu.

Convener of the group, Prince Kenny Bakare said the Alaka office would be deployed to plan and execute campaign strategies and activities for the Lagos Central to ensure the reelection of Sanwo-Olu.

He said two other campaign offices would be opened by the group for the reelection campaign of Sanwo-Olu in Ikorodu and Badagry soon.

Speaking on why the group decided to support the reelection bid of Sanwo-Olu, Bakare said the footprints of the landmark feats of the present administration had been positively felt across all sectors and sections of the State and that there was a need to ensure the continuation of the positively impactful projects and initiatives of the Governor.

“We believe in the THEMES Agenda and the developmental strides of the Governor. Despite the challenges brought about by the unprecedented and unexpected COVID-19 pandemic, the Governor was still able to achieve a lot which confirmed his proactive and pragmatic approach to governance.

“We notes that Governor Sanwo-Olu is building the Lagos of our dream and we have started mobilising and ready to give him over 2 million votes apart from his party votes around the nooks and crannies of Lagos,” Bakare said.