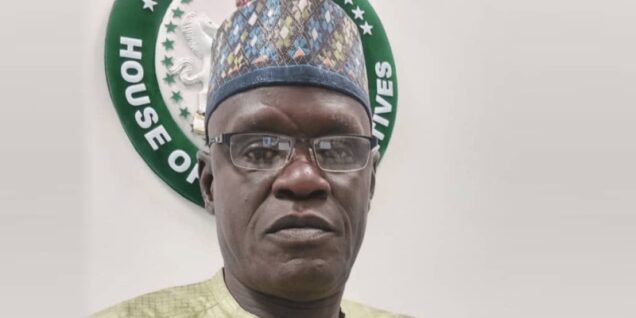 Bello Yakubu, a member of House of Representatives representing Birnin Kebbi/Kalgo/Bunza federal constituency of Kebbi State has rejoined the All Progressives Congress about five months after he abandoned the party for the opposition Peoples Democratic Party, PDP.

The lawmaker who was elected on APC platform in 2019 had on March 31, defected to PDP following a disagreement over the party primaries in the state

But Bello told journalists at Sir Ahmadu Bello International Airport in Birnin Kebbi on Monday that he has decided to return to APC about five months after he dumped the party due to appeals from some people in the state.

“APC has been my party, and I came to realise that politics in our dear state is all about development.

Yakubu said he returned to APC because of the leadership qualities of Gov. Abubakar Bagudu.

“Bagudu is a humble person and a leader who deserves to be supported by all and at all times.

“In 2019, if you could recall all the political bigwigs in the state were in APC because of his charisma and manner in dealing with people,” he said.

Yakubu urged his supporters to remain calm and law abiding, pledging to continue to strive hard for the development of the state.

The News Agency of Nigeria (NAN) reports that . (NAN) www.nannews.ng