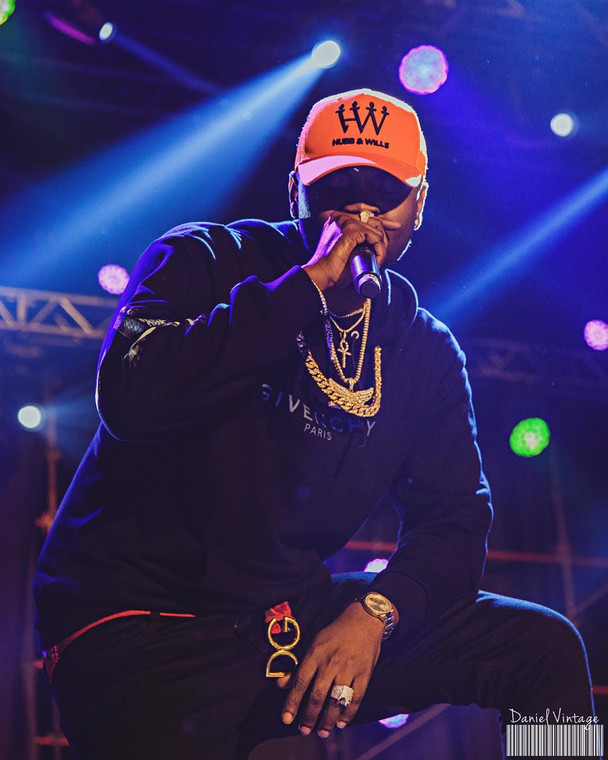 Nigerian singer, Oluwatobiloba Daniel Anidugbe, popularly known as Kizz Daniel has been arrested in Tanzania after he failed to show up for a concert.

It was gathered that the singer was arrested when he did not show up after fans had already paid for the tickets.

Trending videos on social media showed Kizz Daniel being led away by police into a waiting pick-up van.

In another video, angry fans who had waited for the Nigerian artiste to perform on stage vented their displeasure as they destroyed the stage, hauling bottles and other objects at it.

Reactions have pouring in on Twitter over the issue.

Ooni of Twitter said: “Can’t these boys just emulate Seun Kuti, Davido, Burna Boy, WizKid, Femi Kuti. These guys perform all over the world almost every week without any delay or non-turn up.”

Anthony Veteran wrote: “He thinks over there is Nigeria where he does anyhow and apologizes. Sometimes the things we consider as small mistakes may cost us big. He has to learn the hard way…”

Onyinyechi added: “Village people are still following him up and down. Trying to grind his destiny.”

Samuel Oluwaseyi said: “They will be collecting shows they won’t be able to meet up with… Greediness!”

Official Eddy asked: “But why will he not turn up for his own show? Especially when he’s in Tanzania already?”

According to JudahTheDream, “Little by Lil! Daniel is killing his journey and fame! Later he will come n be blaming Village people! This is happening again after the US own! Damn this is so so annoying and a dent on his image not on Naija.”

Perfect Gentleman asked: “Is like village people are after this guy?”