A Beginner's Guide to Ethereum 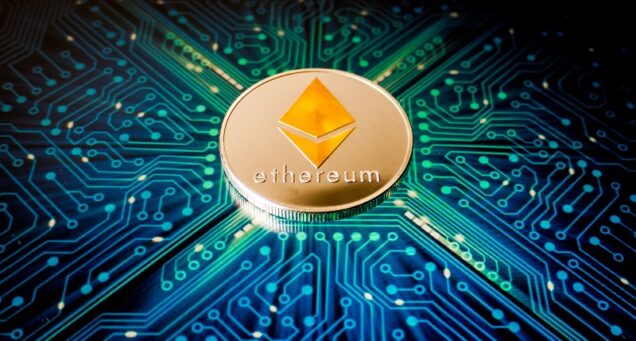 Ethereum is a decentralized platform that facilitates the execution of smart contracts.” And this is an accurate summary, but in my experience, when first describing Ethereum to friends, family, and strangers, comparing Ethereum to Bitcoin helps because most people have heard of Bitcoin.

The latest trend in the crypto world is Ethereum, and you can purchase them using the ethereum-trader.io.

In 2013, Buterin published the Ethereum white paper, which described smart contracts as automated immutable “if-then” statements allowing for the development of decentralized applications.

While DApp development previously existed in the blockchain space, platforms were not interoperable. Buterin intended Ethereum to bring them together.

To him, the only way to sustain adoption was to standardize how DApps run and interact.

The Ethereum network, like Bitcoin, can be found on thousands of computers worldwide because users act as “nodes” rather than a centralized server.

Ether network is decentralized and highly resistant to attacks and cannot go down. Failure of one computer does not make any difference because thousands of others keep the network running.

Ethereum is a single decentralized platform that manages an Ethereum Virtual Machine computer (EVM). Because each node has a copy of that computer, it must verify interactions to update everyone’s document.

Furthermore, like Bitcoin, all Ethereum transactions are entirely public. Miners transmit finished blocks to the entire network, verifying the change and attaching the blocks to everyone’s ledger copy.

Confirmed blocks are unchangeable, serving as a perfect record of all transaction data.

Mining is the process of acquiring a block of transactions to be added to the Ethereum blockchain.

Ethereum is using a proof-of-work blockchain, but with Ethereum 2.0, it will transition to a proof-of-stake (PoS) blockchain for scalability and a more environment-conscious approach.

Ethereum miners are computers that run the software and use their processing power and time to process transactions and create blocks.

In decentralized systems like Ethereum, network participants should ensure that everyone concurs on transaction sequencing.

Miners help with this by generating blocks by tackling computationally difficult riddles, thereby protecting the network from attackers.

Aside from decentralization and anonymity, Ethereum has several other advantages, including a lack of censorship.

For example, if someone tweets something offensive, Twitter has the option to remove it and punish the user. However, on an Ethereum-based social media platform, that can only happen if the community votes for it.

As a result, users with opposing viewpoints can debate as they see fit, and the public can decide what should and should not be said.

Ether is also becoming more accessible than ever before. Companies such as PayPal and its Venmo subsidiary allow users to buy cryptocurrency directly from the app with fiat currency.

They’re bound to get involved sooner rather than later, given the millions of customers on each platform.

Then there’s the issue of accessibility. As of this writing, Ethereum is prohibitively expensive to develop and engage with for users unfamiliar with its technology.

Some platforms require specialized wallets, transferring ETH from one wallet to the required wallet. That is unnecessary for users accustomed to our current financial ecosystem, and it is not beginner-friendly.

Should You Buy Ethereum

By market capitalization, Ethereum is the second most valuable cryptocurrency, and people regard it as the silver to Bitcoin’s gold.

As with any investment, Ethereum’s higher risk may equate to higher rewards. In any case, it’s no longer 2009: Ethereum has advanced beyond the proof-of-concept stage, and now is the time for investors who haven’t yet explored this asset class.

Considering the market’s uncertainty and volatility, it’s wise to research before investing a significant portion of your retirement savings in Ethereum or any other cryptocurrency.

It may, however, be worth consideration as an aggressive growth option in a diversified portfolio. Of course, you should not invest more than you can lose.