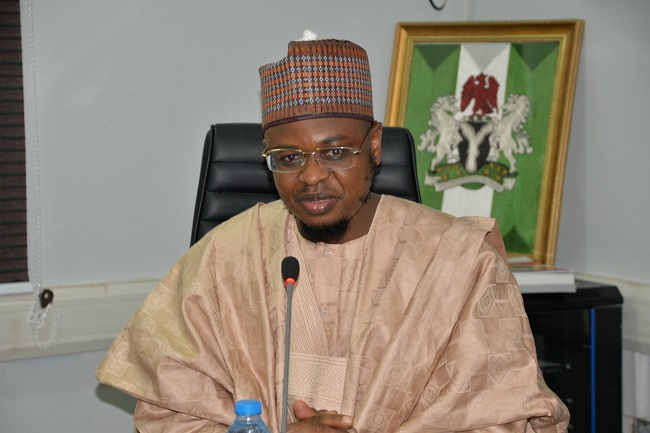 Ogun State Governor, Prince Dapo Abiodun, has congratulated the Minister of Communications and Digital Economy, Prof. Isa Ali Ibrahim Pantami, on his conferment with a Fellowship status by the Chartered Institute of Information Security (CIISec).

The governor, who said he was elated with the news, said it is a feat that is worthy of felicitations.

Speaking via a statement issued by his Chief Press Secretary, Kunle Somorin, an elated Governor Abiodun said Pantami has made, not only himself proud, but the nation and the entire black race.

“This is a historic feat, it’s not a mean achievement, and I’m not surprised that my friend and brother got the recognition,” Gov Abiodun enthused.

Pantami had been admitted as the first and only African Fellow into CIISec among the 89 recipients of the fellowship.

Governor Abiodun said it is not surprising, considering the level of dedication and commitment that the minister puts into his job.

“He has a passion for whatever he does; he is a brilliant man and not one to take a job for just the want of it.

“Today, in the global cyberspace, Pantami is a major player. This is a welcomed development as it will help in developing our IT sector.

“As such, we must also Congratulate the CIISec for being able to recognize those that deserve to be honored.

Governor Abiodun however urged the minister to do more and not relent, saying this is an indication of more successful ventures.