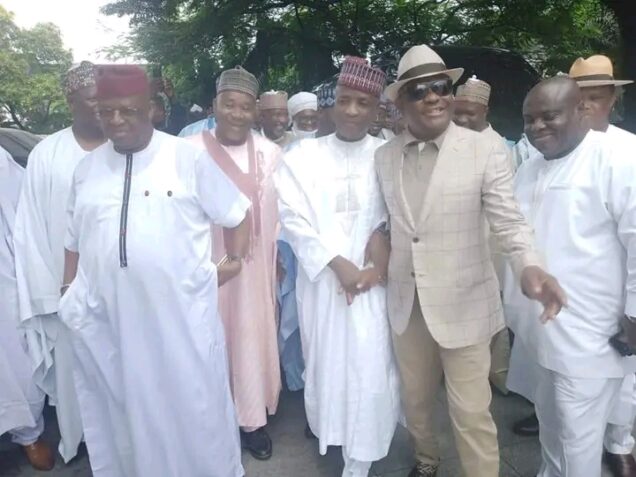 Nyesom Wike, the Governor of Rivers State, has continued to associate with members of the ruling All Progressives Congress.

As of the time of filing this report, the governor is hosting the leader of APC in Sokoto State, Senator Aliyu Magatakarda Wamakko.

Wamakko, who was welcomed by Wike and other dignitaries, is expected to commission the dualized Ogbumnu-abali road in Port Harcourt.

The visit by the chairman of the Senate Committee on Defence to Rivers came just a day after Governor Babajide Sanwo-Olu, a top member of APC, also visited the Wike-governed state to commission the Orochiri -Worukwo (Waterlines junction) Flyover.

Speaking during the commission on Monday, Wike who is not on good terms with the presidential candidate of his party, Atiku Abubakar, declared that anybody who despises the political capability of Rivers State will be meted with the same treatment.

“Nobody will use our votes for nothing. Our votes will matter and Rivers State must benefit from anybody that we are going to support.

“Politics now is no longer just voting for somebody, it is about what you will do for the people of Rivers State.”