International community must act swiftly to ensure stability in the DRC 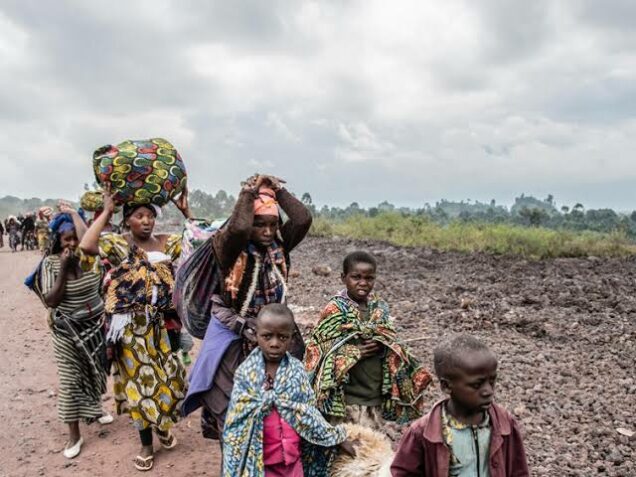 FILE PHOTO: International community must act swiftly to ensure stability in the DRC.

A recently released report by Human Rights Watch (HRW) raised alarm bells over the gruesome violence which the M23 rebel group is fomenting in parts of the Democratic Republic of Congo (DRC).

According to the HRW, M23 has summarily killed 29 civilians in the last month alone, an alarming development which underlines the rebel group’s remarkable resurgence after a long period of inactivity.

M23’s comeback poses a clear threat to regional peace, not least because of growing concerns that Rwanda is backing the insurgent group.

The HRW, which collected harrowing testimony from the front lines of the fight against M23, unsurprisingly called on the international community to do more to avoid such a scenario, including by recommending that donor countries suspend security assistance to governments supporting M23, as HRW is concerned that Rwanda may be doing.

Other recent conflicts in Africa—in particular the brutal Tigray War which has destabilised Ethiopia and Eritrea—have underscored the vital role of international pressure, as in its absence, rival states become emboldened to pursue strategic gains through never ending proxy wars.

As such, it is more important than ever that key international partners press Rwanda to hold back from arming M23 militias and destabilizing the DRC.

A conflict reignited by Rwandan interference

The DRC is facing the M23’s latest offensive after enjoying a decade of relative peace after the armed group waged a fully-fledged rebellion against the Congolese government in 2012, during which clash the M23 even managed to capture the important trade city of Goma for several weeks.

After being defeated by UN and Congolese troops in 2012, M23 was substantially weakened and its activities in the region came to a near standstill.

The group’s recent resurgence, which has enabled them to seize territory including the border town of Bunagana, has been largely attributed to alleged support by neighbouring Rwanda.

Indeed, while Kigali has steadfastly denied supporting the paramilitary association, under Paul Kagame’s leadership Rwanda has been repeatedly suspected of providing financial and military backing to M23.

The UN and other bodies collected fairly incontrovertible evidence that Rwanda backed the rebels in their previous sorties roughly a decade ago, and evidence is mounting that Kigali has returned to old form.

UN officials have highlighted the M23’s ever-more sophisticated weaponry and the fact that it “has conducted itself increasingly as a conventional army, rather than an armed group”, both signs of potential backing by a foreign state, as well as footage from M23 camps within the DRC showing individuals in Rwandan army uniforms.

This recent escalation in M23 violence threatens to serve Rwanda’s interests while threatening to drag the DRC back into conflict, jeopardizing its recent economic and political progress.

Since his election in 2019 marked the DRC’s first peaceful transfer of power since independence, Congolese President Félix Tshisekedi has been leading the country through a difficult process of modernization and reform.

Among Tshisekedi’s key accomplishments in his first term has been his tough approach on corruption which has already improved the DRC’s economic performance, earning plaudits from the IMF.

If the international community has been cheered by the DRC’s recent progress, they must not allow this to be derailed by M23’s growing brutality, which threatens to cause chaos, human suffering, and economic damage in the DR Congo.

Learning vital lessons from the past

As reports of the M23’s human rights abuses mount, the international community is now confronted by the dilemma of whether—and how—to act.

Aside from having a moral duty to halt the victimisation of civilians by M23, international actors should remember that the failure to act expediently carries its own strategic risks.

The consequences of failing to put pressure on outside countries to not interfere in active conflicts are all too evident in Ethiopia, where the government’s military has benefitted from support by Eritrean forces in perpetrating violence against ethnic Tigrayans since war broke out in late 2020.

Major international players such as the US and the UK were initially reluctant to apply pressure on Ethiopia due to their support of Prime Minister Abiy Ahmed—the ill-advised 2019 pick for the Nobel Peace Prize—while the West lacked leverage on Eritrea, since it is one of the few nations not to benefit from aid from either the US or UK.

Failure to punish Eritrea for meddling in its neighbour’s conflict, however has emboldened the small nation into becoming a regular destabilising player in East Africa.

A similar situation could arise if the international community does not apply sufficient pressure on Rwanda to renounce any involvement in the DRC conflict.

Indeed, failing to stop Rwanda would risk emboldening other neighbouring states to once again pursue their interests through proxy warfare, with potentially devastating effects for peace and stability in the region.

In the early 2000s, for instance, Rwanda and Uganda’s support for rebel groups in the DRC played a large role in escalating hostilities that led to the Second Congo War, which claimed over 350,000 lives.

Failure to dissuade Rwanda now risks plunging the region into all-out warfare once again, and some policymakers are echoing HRW’s call for action.

U.S. Senator Robert Menendez (D-NJ), for example, recently advocated for halting US security assistance to Rwanda, cautioning that inaction would send “a troubling signal that the U.S. tacitly approves of such actions”.

Unfortunately, there is not yet a Western consensus on the need for decisive action. The UK, for example, is unlikely to want to take a harsh line against Rwanda given the recent migration pact it inked with Kigali—and the US is still leaning on diplomacy, dispatching Secretary of State Antony Blinken to Rwanda and the DRC in a bid to defuse tensions.

As reports of M23 attacks on civilians mount, however, the gravity of the situation may require a sterner response.

International partners must use all available leverage to denounce the rebel group and to ensure that Rwanda does not fan the flames of conflict.