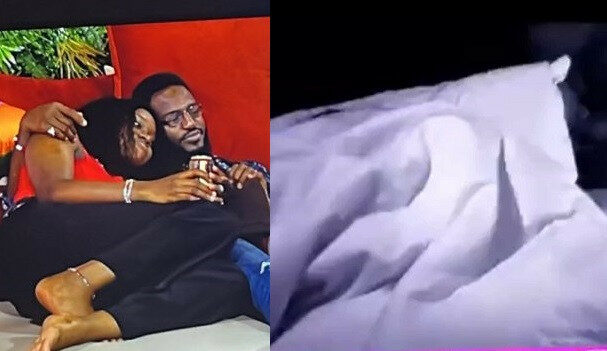 Khalid and Daniella getting intimate under the duvet

Akintola, in an interview with Vanguard, also reacted to the sexual relationship between BB Naija Level Up Muslim housemate Khalid and his fellow housemate Daniella.

The MURIC boss said he can not make any Shari’a pronouncement on Khalid because BBNaija in its entirety was based on Haram (prohibited in Islam) and anything done inside the house is Haram.

Akintola added that there was no need to comment or identify with any individual on the TV show.

He said; “I have no comment concerning Khalid. Whatever anybody is doing in BBNaija is haram, BBNaija itself; the whole of it. So, it’s not about the aspect of alcohol or whatever. I was part of a group that went to court to stop BBNaija, but the system continues to encourage BBNaija, some of our people in the media, and journalists continue to encourage them because there’s money there.