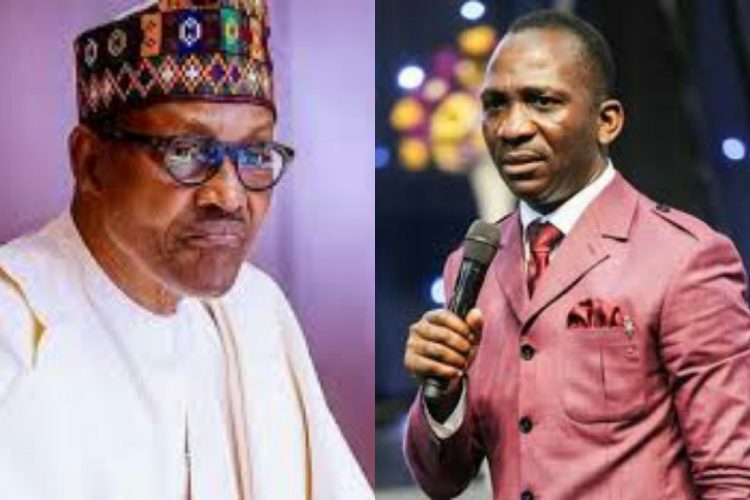 He was reacting to the donation of N1.4 billion to Niger Republic in the midst of wanton insecurity in Nigeria.

Minister of Finance, Budget, and National Planning, Zainab Ahmed, had recently confirmed that Buhari has approved the donation of N1.4 billion to Niger Republic to aid it in the acquisition of some operational vehicles.

She argued that even though Nigerians have the right to question the rationale for such donation, Buhari, who approved the purchase, also has the right to make his own assessment of situations and act accordingly.

Reacting to this during a sermon, Enenche questioned the rationale behind the donation, especially when the nation was facing grave insecurity.

Enenche said: “One of the credible online publications said recently that there was a forum of leadership sometime where it is being proposed that many people will be laid off work because of the economy situation; anybody at the age of 50 and above and then anyone earning N30,000 and above should be made to pay tax on that N30,000 and the rest of the people should pay at least N100 a month or something, just to rescue the Nation.

“Now, side by side with that of the release of government’s money for the purchase of vehicles for a neighbouring country called Niger Republic in billions and I heard that somebody explained that it is to enhance their security.

“What a useless…, What happened to us? What brought us to this group of gangs, this is gangsterism. Who handed us over to these gangsters? That is, the country is poor and again the country is being duped, this is dupery. Security that you have not finished fighting in your own country. It will end, it must end!”

Enenche lamented that this was apart from construction of rail, from Nigeria to the same Niger at the cost of $1.96 billion, the equivalent of N712 billion of money “you are looking for. That mystery must be unveiled!”