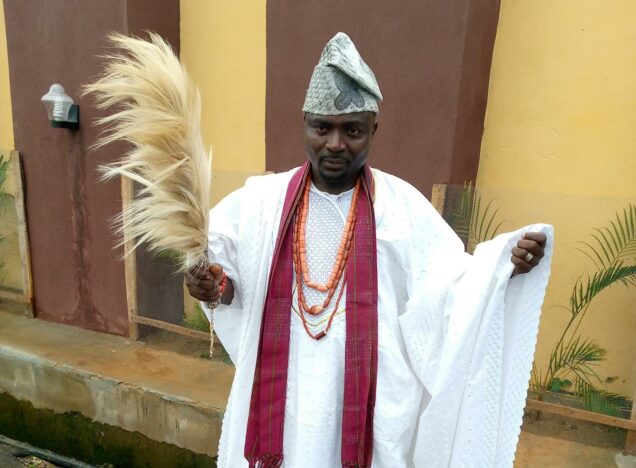 The nomination of a candidate for the vacant Olore kingship stool in Ondo State is a call for the breakdown of law and order in the town, Mr Tope Temokun, a lawyer representing one of the ruling houses has warned.

According to Temokun, the announcement was made by the Akintimehin Ruling House on Adaba FM.

Temokun, the counsel to the Dero Ruling House headed by Mrs Florence Elizeri, stated this in a petition sent to Gov. Oluwarotimi Akeredolu of Ondo State on Monday in Akure.

Ore stool tussle is now before the Court of Appeal in Akure.

Temokun explained that it was a blatant error for the Akintimehin Ruling House to announce a candidate for the vacant stool while the matter has yet to be decided by the Court of Appeal.

“We write this petition on the brief and on behalf of our client on the heels of a shocking public announcement made on Saturday, Aug. 6, 2022 by Prince Enoch Olatomide, the head of the Akintimehin family of Ore.

“The family announced on the radio (Adaba FM) and other media the illegal nomination of one Monday Sawoju for the Olore stool, subject of appeal in the Court of Appeal, Akure.

“Whoever seeks equity must do equity, so they say. Our client won their case to reclaim the stool at the High Court, “ he said.

Temokun said the court expressly asked the Dero Ruling House to nominate and present a candidate to occupy the stool.

“The Akintimehin family sought equity before the court by appealing the judgment and applying for a stay of execution of the judgment.

“Our clients suspended their process of nomination and presentation of their candidate for the court to pronounce its judgment on the appeal.

“But this family who ran to the Court of Appeal are the ones now, in a manner that smack of inequity and ridicule to the same court that gave them temporary protection, who are dragging the court to ridicule by going to the media to announce the illegal nomination of a candidate for the stool,” he stated.

The counsel asked the Chairman of Odigbo Local Government, Mrs Margaret Akinsuroju, who has been accused by the Dero family of unduly meddling in the Olore chieftaincy process and trying to scuttle the due process law, to steer clear from the nomination of candidates for Olore stool.

He warned that whoever that wanted to circumvent the due process of law in the process of appointment of the new Olore would be resisted by Dero Ruling House.

Temokun called on the state government not to condone any illegality or any thing that could scuttle the due process of the court and throw Ore community into a state of chaos.

According to him, any interference in the process will throw up mixed feelings and concerns that, if not called to order, can cast huge haze on the good intentions, the motive and the neutral position of the government in the matter.

“We call on the state government to rise up to arrest this new fashionable trend of brazen illegality of making nomination and self-declaration as an “Oba” without waiting for the approval of the government through the State Executive Council.

“The announcement just perpetrated by the head of Akintimehin family, Prince Enoch Olatomide, and the illegally nominated Monday Sawoju and some other lawlessly desperate individuals amongst whom is Mrs Margaret Akinsuroju, the chairman of Odigbo Local Government will not be tolerated.

“Ore community is sitting on a time bomb now, waiting to explode if this ugly situation is not arrested with speed.

“ Our clients shall remain law abiding even in the face of this provocation,” he said.