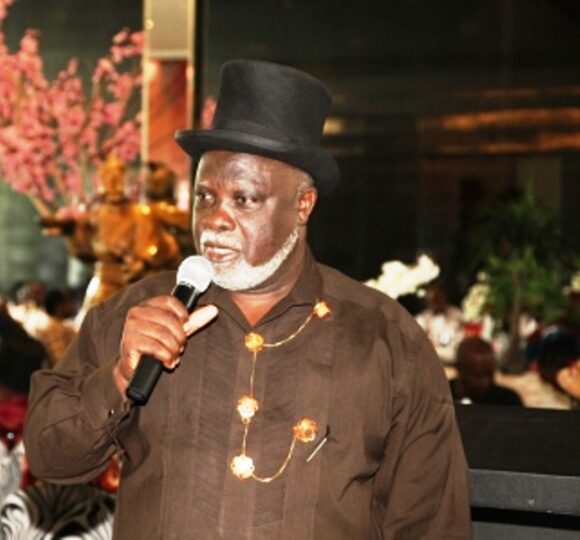 Niger Delta elder statesman and security expert, Chief Anabs Sara-Igbe has condemned threat by Rivers governor, Nyesom Wike to pull down hotels over suspicion that they are being used by politicians for meetings.

He spoke to journalists in reaction to Wike’s Statewide broadcast on Sunday, 7 August, 2022.

Sara-Igbe, who is alsona a chieftain of Pan-Niger Delta Forum, PANDEF said such threats will not stop ongoing efforts to rescue Rivers state from the grips of Wike.

“This is the time for rescue mission, Rivers State has been seized by Governor Nyesom Wike. We do not know how he spends our money and we do not want such to continue, so he can not cow hotel owners, he can not cow politicians,” he said while reiterating that Nigeria is not under military dictatorship, where somebody can decide on issues unilaterally.

He pointed out that governor can not usurp the powers of the judiciary to mete out punishments for alleged infringements or crimes.

“He can not threaten hotel owners to disallow politicians or political parties from meeting to strategize on how to take over government in 2023.

“He does not have powers to demolish hotels of Rivers people.”

The Elder statesman lamented, “We are tired of his intimidation in Rivers State, this is a political democracy and we must exercise our rights to choose who governs us,”.

Sara-Igbe, also accused Wike-led administration of favoritism in the implementation of his infrastructural projects.

The PANDEF, chieftain noted that Wike’s projects are only visible in Obio/Akpor Local Government Area.

“Let the governor tell us why he cannot cross a bridge from Tombia to Ogbakiri if he can build 12 flyovers in Obio-Akpor alone. These are simple things we are asking. Let the House of Assembly hold him accountable otherwise, we will talk,” he added.