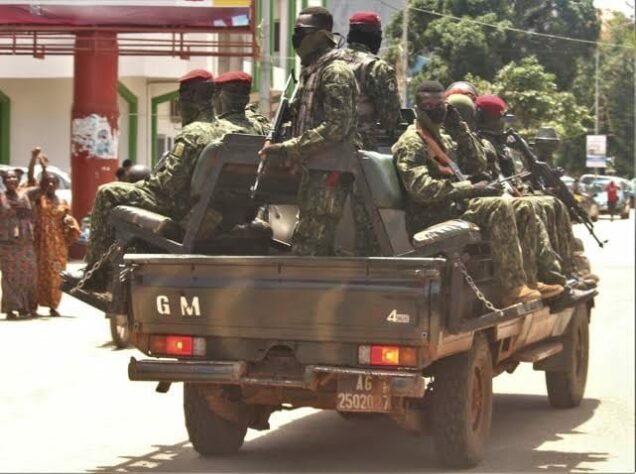 No fewer than 15 soldiers were killed in northern Burkina Faso on Tuesday when a transport vehicle drove over a hidden explosive, killing several troops.

A second explosion killed those who rushed to their aid, the army said in a statement.

The incident occurred on a rural road in the Bam province of the country’s Central-North region, where soldiers and civilians are routinely targeted by Islamist insurgents.

Groups linked to Al Qaeda and the Islamic State have been active in the region since at least 2015.

“While rescue and security operations were being organised, a second device was obviously activated remotely, causing numerous casualties,” the statement said.

No group has taken responsibility for the attack, but investigations are currently underway to determine the perpetrators, the statement said.

The attack came less than 24 hours after unidentified fighters raided another northern village, killing five civilians and five volunteer militiamen, the region’s governor said in a separate statement on Tuesday.

A week before that, Islamist militants killed four soldiers and nine more militiamen in another Bam province ambush.

Army officers angry about the escalating attacks overthrew Burkina Faso’s president in January and vowed to improve security, but levels of violence have remained high.

The violence has displaced more than 1.85 million people in Burkina Faso alone, and has killed thousands across West Africa’s Sahel region.