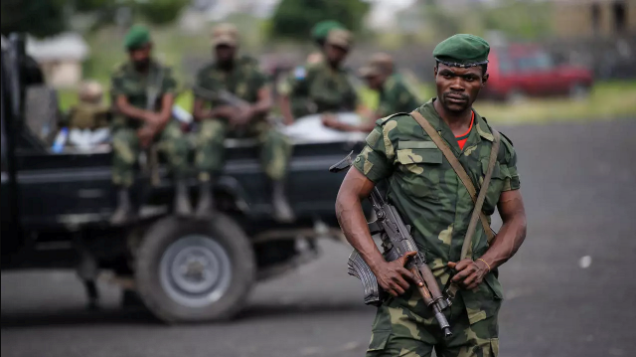 Over 800 inmates have escaped from prison in Congo after Islamic militants reportedly attacked a prison in Butembo area of the nation.

The militant Islamist group, Allied Democratic Forces (ADF) has been blamed for the attack, according to the Congolese Army.

About 80 heavily armed militia attacked the prison to free inmates, including 12 ADF women that were in custody, in an operation that lasted for about a quarter of an hour, Captain Anthony Mualushayi said.

Two policemen guarding the prison were killed and three ADF fighters were captured by civilians and burnt alive, bringing the official death toll of at least five dead, according to the BBC.

Military sources said a group of unidentified Mayi-Mayi attacked the central prison of Kakwangura in the town of Butembo.

The UK Guardian quoted a prison source as saying that of the 872 people held in the prison, only 49 remained.

This “attack caused the death of at least two policemen and the flight of all the detainees”, wrote on Twitter the Kivu Security Barometer (KST), an organisation that has observers in the area, specifying that “the ADF is suspected”.

The ADF is said to be one of the most deadly groups in the eastern region of the DRC, which has been torn apart by violence for nearly 30 years.