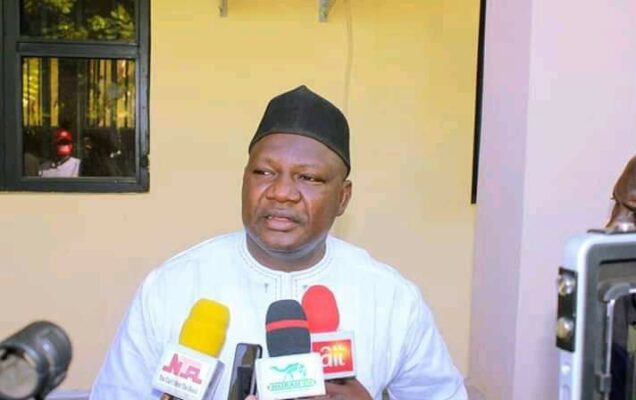 The All Progressives Congress (APC) has promised to continue to prioritise workers’ welfare in Niger State if elected in the 2023 governorship poll.

Mr. Yakubu Garba, the state deputy governorship candidate of the party, said this in an interview on Wednesday.

Garba said there was much work to be done in the area of workers’ welfare, such as payment of salaries and delayed payment of gratuity of those who retired.

“As someone who understands and feels the plight of civil servants, we will ensure that all these issues are resolved, especially issues of promotion, training, and retraining of civil servants.

“This is because civil servants are the engine room of any government and if neglected their impact will not be felt.

“I will ensure that civil servants have their pride place in the scheme of things for socio economic growth and development,” Garba added.

If elected into office, he said the administration would make the state an economically viable one by addressing the security challenges bedeviling some parts of the state.

“The emergence of Mr. Umar Bago as the governorship candidate of APC and my selection as his running mate came with so much excitement and expectations from the public.

“There are so many feelings and expectations from people to see how the narration of government will change in the state, especially in areas of security and economy revalidation.

“APC have a manifesto and should be driven guide for us to achieve the vision and mission for Niger to tune a greater hook of economy, but that cannot be achieved without security.

“So I believe as a responsible party and as a government, if we become, security is our priority and by the grace of God, we will overcome the menace.

“Therefore, I call on residents to support us with prayers because governance is inclusive and not about one person,” he said.