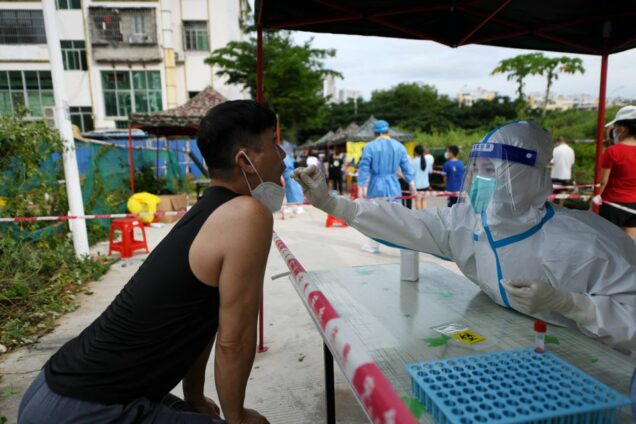 A medical worker takes a swab sample from a resident for the nucleic acid test at a makeshift testing site, amid lockdown measures to curb the coronavirus disease (COVID-19) outbreak in Sanya, Hainan province, China August 9, 2022. China Daily via REUTERS

Mainland China reported 1,094 new coronavirus cases for Aug. 9, of which 444 were symptomatic and 650 were asymptomatic, the National Health Commission said on Wednesday.

There were no new deaths, keeping the nation’s fatalities at 5,226. As of Aug. 9, mainland China had confirmed 232,109 cases with symptoms.

Hainan island is battling an outbreak, however, and reported 1,314 symptomatic and 585 asymptomatic cases between Aug. 1 and Aug. 9.