“Hip-Hop has one school – the true school!” Experts say on MTV Base Musicology 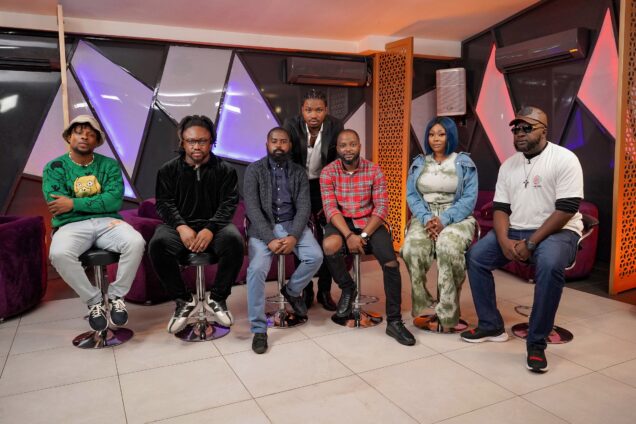 Experts on MTV Base Musicology

Is Hip-Hop dead in Africa? Has it dwindled against the blinding spotlights of the afrobeat and afro-fusion genres? On the latest episode of the MTV Base’s quarterly music series, experts gathered to examine Hip-Hop within the bounds of Africa, and how the new crop of rappers have fared in an industry that has recently demanded more commercially alluring sounds.

Kicking off the discussion with the evolution of hip-hop from the old school to the new school, Paramount’s Culture Squad member and show host, Ilo, quizzed contributors on the ‘old school–new school’ evolution of the genre.

The panel started by correcting the notion of “old school v new school” and stated that there was only one school — “The True School”. “The industry of today doesn’t even highlight the “true school” Hip-Hop artists,” Elajoe began. “This, coupled with the lack of media promotions and publicity, means ‘true school’ artistes are not appreciated enough.” Objecting to this opinion, Coco Ice affirmed the Nigerian music scene has watered down the rudimentary elements of Hip-Hop, citing an infusion of African flavours into rudimentary Hip-Hop as a primary contributor. She further highlighted the fact that since there is no hard and fast rule in expressing the art of Hip-Hop, most rappers are forced to veer away from the traditional style to make the genre more appealing and relatable to the mass market.

Lucas Jay corroborated Coco Ice’s point, noting that Hip-Hop had been thriving in Africa, but the industry has blindfolded itself to the modern music form. He noted that the new school artists thoroughly understood the pattern of the music industry and successfully created an intersection between hip-hop and pop, due to the evolving taste of its audience.

On the issue of rappers evolving into singers and abandoning their true identity, Adetola faulted many Nigerian rappers for succumbing to the pressure of the industry, thereby abandoning their true identity. “This spurs the question of whether Hip-Hop is truly dead”… “because some artistes came into the music scene as rappers, but evolved into something else over time.”

After making note-worthy references to the likes of MI, Elajoe, and even Dagrin, who stayed true to the art while incorporating other artists that delivered amazing hooks on their rap songs, Adetola noted that it was time African rappers went back to the rudiments of the art. 10Ten agreed with Adekoya’s opinion, further stating that it was important for talented financiers across Africa to accept the new version of Hip-Hop artists and invest heavily in them.

Other parts of the discourse explored support for female rappers, identifying and promoting emerging talents through platforms like the MTV Base Cypher, sustaining relevance without watering the true rap essence, among others.

You can also follow @mtvbasewest across all social media platforms for more exciting scoops from the show and join the conversation using the hashtags #MTVBaseMusicology and #IsHipHopDead.