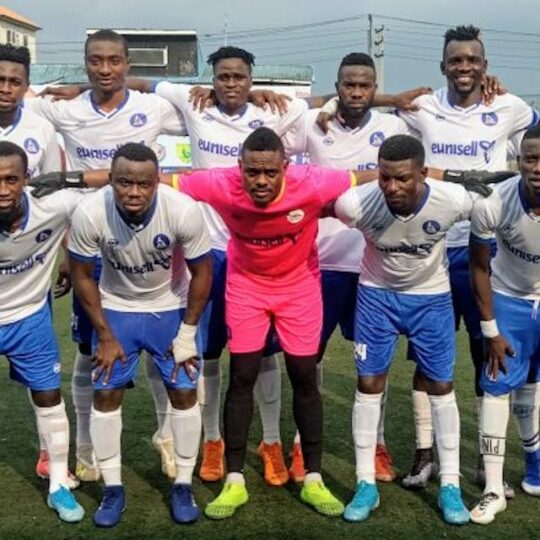 Rivers United and Plateau United face tough opponents in the CAF Champions League this season going by the draws for the preliminary and last-32 rounds made in Cairo Tuesday.

Nigerian league champions Rivers United were paired with Liberian outfit Watanga and, if they progress, will face title-holders Wydad Casablanca of Morocco for a place in the group stage.

Wydad have an outstanding record in the marquee African club competition, culminating in a 2-0 victory over Al Ahly of Egypt last May in the 2022 final through two goals from Zouhair el Moutaraji.

The Casablanca outfit also defeated Ahly in the 2017 title decider, then reached the final once, the semi-finals twice and the quarter-finals once before lifting the trophy again.

Nigeria league runners-up Plateau United were drawn against Stade Mandji of Gabon in the preliminary round, and four-time African champions Esperance of Tunisia await the winners.

Esperance won successive titles in 2018 and 2019, overcoming Ahly and Wydad in the finals. The victory over Ahly was particularly impressive as they overcame a 3-1 first-leg deficit.

While Nigeria craves Champions League glory for the first time since Enyimba won back-to-back titles in 2003 and 2004, the chances of Rivers or Plateau making the group draw are slim.

Ahly, who have been performing poorly in Egypt since Portuguese Ricardo Soares replaced South African Pitso Mosimane as coach recently, will face APR of Rwanda or US Monastir of Tunisia in a last-32 tie.

Debutants Monastir should overcome APR, but a lack of experience could prove their undoing against the battle hardened African campaigners of Ahly.

Six clubs were given byes into the last-32 round and, among them, 2016 African champions Mamelodi Sundowns of South Africa received what appears to be the easiest task of reaching the group stage.

Sundowns, a Pretoria-based club owned by Confederation of African Football (CAF) president Patrice Motsepe, await the winners between Volcan of the Comoros and La Passe of the Seychelles.

Neither Volcan, in two attempts, nor Passe, in four efforts, have progressed beyond the initial round and whoever does succeed is likely to come off second best against expensively assembled Sundowns.