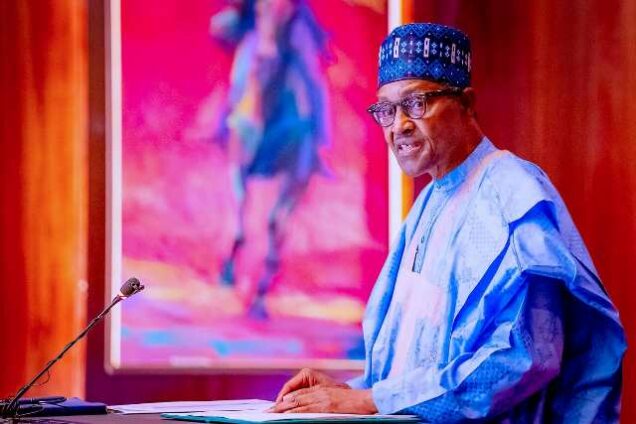 Saul Anuzis, a former member of the Republican National Committee reflects on the attempt to impeach President Muhammadu Buhari by National Assembly men, describing the move as a contagion exported from America. He writes in Washington Times that the move only succeeds in damaging democracy

First, two impeachment attempts against former President Donald Trump, and now the Jan. 6 proceedings to criminalise a president who isn’t even in office. All over the world people look on and think America is having an episode.

But politicians all over the world overlook on and think: I’ll have some of that.

Since the Democrats started going after Mr. Trump in the name of democracy, around the globe copycat impeachments have been popping up in dozens of countries. From Malta to Peru and South Africa to Nigeria, suddenly democratically elected leaders the world over are being challenged, not by the voters, but their rival politicians.

Sure, the job of opposition leaders is to hold those in power to account. To help them do their job we have structures — committees to challenge and question, with powers of subpoena — and much more.

But it’s not opposition politicians’ job to remove democratically elected leaders from office. That’s for the voters. And when politicians snatch that role from them, it undermines democracy itself.

There are exceptional circumstances when presidents and other office holders deserved to be impeached: President Andrew Johnson in 1868 for defying the will of Congress and by extension the American people in their commitment to political equality for Black Americans following the civil war, and more recently, Rod Blagojevich, the former Democratic governor of Illinois removed from office in 2009 on federal corruption charges. Both were slam-dunk cases of malfeasance in the highest office.

But two impeachments and one congressional investigation? That smells like political persecution.

The Jan. 6 investigation is well-timed show trial — handily in the run-up to the November elections when President Biden and its aging, failing Democrats are running on fumes. It’s also a third Mr. Trump impeachment by any other name, just as the election day nears. And that’s not just a problem for American democracy, but for freedom and democracy the world over — for where America leads others follow.

In Nigeria, the world’s third largest democracy after India and the United States, there’s a copycat attempt underway.

Just last week, in a headline-grabbing stunt, opposition lawmakers in Nigeria staged a mass walkout from the Senate plenary. Their grievance? That the Senate president did not entertain a motion to impeach the country’s two-time democratically elected leader, President Muhammadu Buhari, just months before the end of his second and final term.

It is no coincidence this occurs just months before Nigeria’s next presidential election. Nor is it a coincidence that the calls for impeachment are led by senators from the opposition Peoples Democratic Party, which was defeated by Mr. Buhari after its leader, Goodluck Jonathan (president from 2010 to 2015), became synonymous with corruption and incompetence. And as in many other countries around the world, it is no coincidence that no other Nigerian president has faced impeachment proceedings. Recent events in the U.S. gave legitimacy and international attention to this unscrupulous and underhanded political tactic.

The Nigerian presidency responded predictably and appropriately. It called on the opposition to collaborate with the government more closely on tackling the same security issues that form the basis of their complaint, rather than resorting to theatrics. But the damage was already done. The headline grabbing stunt achieved what was intended: allowing left-wing international broadcasters such as CNN and BBC to naively report the impeachment attempt — without bothering to understand or cover the underhand reasons behind it.

Nigeria does face serious security challenges that have worsened under the pandemic and global cost of living crisis. But the current administration has made significant inroads in tackling the threats. West African terror cell Boko Haram, which before Mr. Buhari held territory the size of Belgium within Nigeria, has now been reduced to a shell of its former self. The Islamic State’s West Africa Province group that terrorizes the region lost its leaders thanks to Nigerian airstrikes using American-made fighter jets. Consequently, the U.S. and the U.K. are boosting security cooperation with the government in a way they never did with its predecessors for lack of trust.

Africa has sadly replaced the Middle East as the global breeding ground of Islamist terrorism. African governments and their stretched security forces are on the frontlines of battling this scourge. With many of these violent groups linked to global networks of terror, this is a threat that could extend well beyond the borders of Africa. Those African governments that are giving their all to fight this threat need and deserve all the support we can give.

As leaders of the free world, politicians in the United States should think carefully about their actions. They influence politicians in democracies the world over, particularly in newer democracies like those in Africa. If we play dirty politics at the expense of democracy, those democracies that look to us will follow suit. And then those who we should be united in fighting, the enemies of freedom, will gain the upper hand.

• Saul Anuzis is president of the 60 Plus Association, the American association of senior citizens; a former member of the Republican National Committee; and former chair of the Michigan Republican Party.