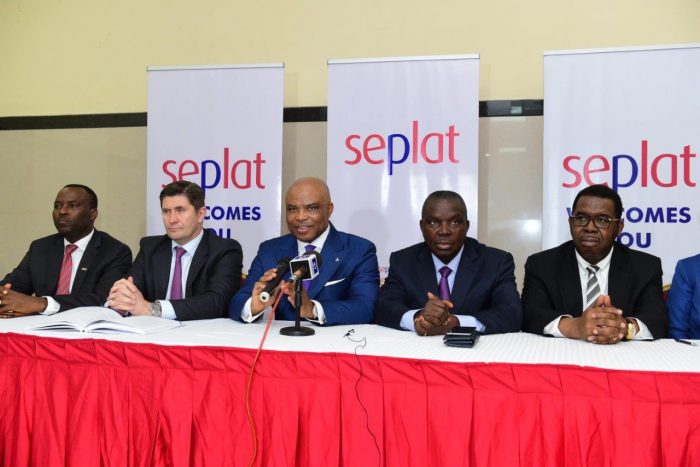 Seplat management executives at an AGM

President Muhammadu Buhari has withdrawn his initial approval of Exxon Mobil’s sale of local offshore shallow water assets to Seplat , his spokesman said on Thursday, after the oil regulator refused to give its consent.

Buhari on Monday consented to the $1.28 billion transaction, only for the Nigerian Upstream Petroleum Regulatory Commission to say it opposed the deal, although it did not give a reason.

The transaction is being closely watched by other oil majors like Shell and TotalEnergies, who have announced plans to sell some local assets.

“The president has decided to allow the regulator to do their work. He is withholding his earlier given approval, for now, to allow the process to be completed, that is basically it,” presidential spokesman Garba Shehu told Reuters.

Seplat said in a statement it had received no official notification of Buhari’s about-turn and is seeking clarification from authorities.

If the sale had gone ahead, Exxon and Seplat are expected to operate the unit’s oil licenses, supporting Nigeria meet its OPEC production quota in the short term as well as accelerate the development of gas resources in the area.

In a reaction, Emeka Onwuka, Chief Financial Officer, Seplat Energy Plc said the company was not aware that the Ministerial Approval of the Company’s proposed acquisition of the entire share capital of Mobil Producing Nigeria Unlimited (“MPNU”) has been withdrawn.

“Seplat Energy has received no official notification of such a decision and is seeking clarification from the relevant authorities.

“We will continue to work with all parties to achieve a successful outcome to the proposed acquisition and will provide an update in due course”, Onwuka said.

Seplat said in February its offshore unit had entered an agreement to buy the entire share capital of Exxon’s Nigerian offshore shallow water business for $1.28 billion.

It also spoke of a further consideration of up to $300 million based on the oil price and the average production of the unit, Mobil Producing Nigeria Unlimited, over a five-year period.

Seplat is listed on the London and Nigerian stock exchanges.