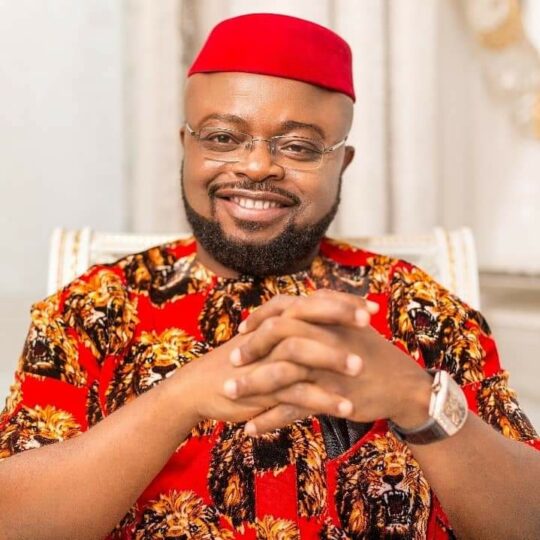 Dr Ifeanyi Odii, the governorship candidate of the Peoples Democratic Party (PDP) in Ebonyi on Thursday in Abakiliki said the party would emerge victorious in the 2023 polls.

Odii said this during a solidarity visit to his office by the Tricycle Riders Support Group.

Odii said he would run an all-inclusive government if elected governor.

“I thank you, the tricycle riders for the support. Let me tell you, Ebonyi is growing to be at the top.

“We are going to ensure by the special grace of God, we shall be in that office in 2023. The support I am getting is already giving a signal for our victory.

“My government will be for all Ebonyi people and we shall move the state forward for the interest of the future of our children,” Odii said.

He called on the Independent National Electoral Commission (INEC) to take necessary steps to forestall any attempt to rig the 2023 elections, adding that that would guarantee PDP victory.

“Say no to rigging because ours is going to be total winning. On that day ensure that you have your Permanent Voter Cards to cast your votes.

“There is a good future coming for our people and we are not going to mortgage it. When you cast your vote ensure that it counts,” he added.

Mr Stephen Akpu, chairman of the State Tricycle Riders Support Group for Anyichuks, commended Odii on his victory at the primary election and pledged their support for him, come 2023.

Akpu described the gubernatorial candidate as having the capacity to govern very well and prayed for his winning in the general elections.

“We, the ‘keke’ riders from the 13 Local Government Areas of the state are here today to tell you that we are solidly behind you because Ebonyi needs a capable governor and we believe you are the one,” he said.

The group who presented a Bible gift to Odii said that it would serve as ‘a weapon’ to guide and pave way for his victory in 2023.

“We are here to endorse you as our sole candidate ahead of the elections. This is based on your selfless service to humanity and gestures that our people have enjoyed from you,” he said.