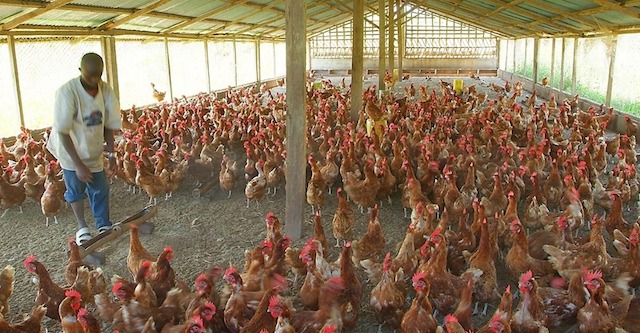 The Chairman of the Poultry Association of Nigeria (PAN), Katsina State chapter, Alhaji Musa Danhassan, said over 400 poultry farms have been shut down due to insecurity in parts of the state.

Danhassan said this in an interview with the News Agency of Nigeria (NAN) on Thursday in Katsina.

He said that more poultry farmers would run out of business if the government failed to take decisive action against bandits and kidnappers operating in the state.

“This is very unfortunate. The poultry farms were located in flash points where banditry and kidnapping are rampant which forced the farmers to desert the farms to save their lives.

“Everybody knows you cannot establish a poultry farm in the town or city, it has to be on the outskirts or in a village.

“That is where the birds will get enough space and air, but bandits and kidnappers have refused to give us breathing space, so nobody will like to risk his or her life.

“The unfortunate situation has forced poultry farmers in the state out of business and thrown them into poverty,” the chairman said.

According to Danhassan, the development will affect the supply and cost of chicken and eggs in the state.

He added that farmers who use chicken droppings as manure on their farms would also be affected.

Danhassan urged the state government to come to the aid of the affected poultry farmers and take urgent steps to restore peace to areas affected by insecurity so that the farmers would return to their businesses.