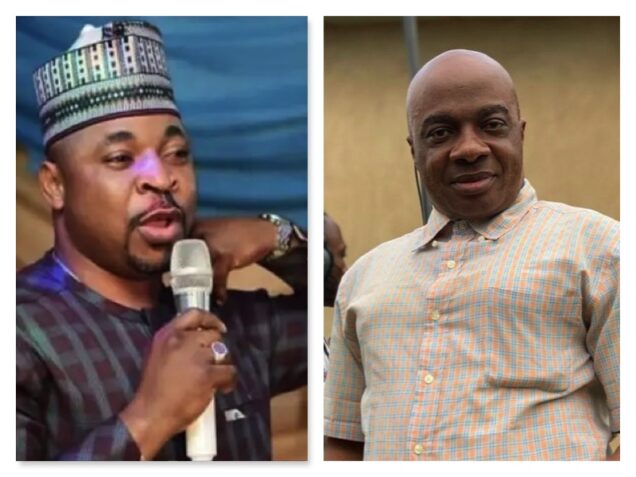 In a video shared on Instastory by MC Oluomo’s son, King_Westt, MC Oluomo, holding the actor gingerly moved to a parked red car on a road. He then pushed the actor to the car and handed him the key.

The stunned actor, who yelled out in surprise, ran after his benefactor, prostrated and rolled on the ground, to show appreciation.

King_Westt reported that the car gift is a GLK350 Mercedes Benz.

He said it was a reward to the actor for his loyalty to MC Oluomo, the former NURTW chairman in Lagos, now chairman of the Lagos State Parks Management Committee.

“My dad surprised actor Olaiya with a new Benz. It’s actually good to be good. See how he pushed him.

“When you are loyal, you will always get what belongs to you,” the son wrote.