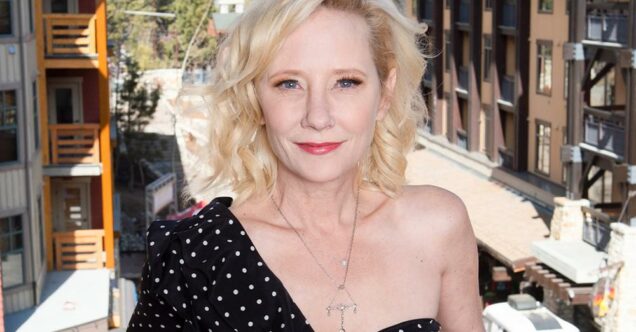 Hollywood actress Anne Heche has died from the ghastly injuries she suffered last Friday after crashing her car into a Los Angeles home. She was 53.

Her rep told TMZ Anne is “brain dead” and under California law that is the definition of death.

The rep added that life support machines are keeping Anne’s heart beating for the purpose of preserving her organs for donations.

However, the rep made it clear that Anne has no brain function.

The actress died Friday at a Los Angeles hospital.

She was rushed there in a coma, in critical condition and never regained consciousness.

She suffered a severe anoxic brain injury, which means a complete oxygen deprivation to the brain, her family said in a statement, predicting her inevitable death.

The statement shared by George Pennacchio went on to “thank everyone for their kind wishes and prayers for Anne’s recovery and thank the dedicated staff and wonderful nurses that cared for Anne at the Grossman Burn Center at West Hills hospital.”

“Anne had a huge heart and touched everyone she met with her generous spirit…she will be remembered for her courageous honesty and dearly missed for her light,” the statement said.

Heche first became prominent in Hollywood for her role in the soap opera Another World in the 1990s, for which she would win a Daytime Emmy Award.

She is also known for her work in films such as Donnie Darko, Return to Paradise and I Know What You Did Last Summer.

Heche would also earn a Primetime Emmy nomination in 2004 for her performance in the television film Gracie’s Choice.

She was also seen on television in more recent years on shows like Quantico and Chicago P.D.