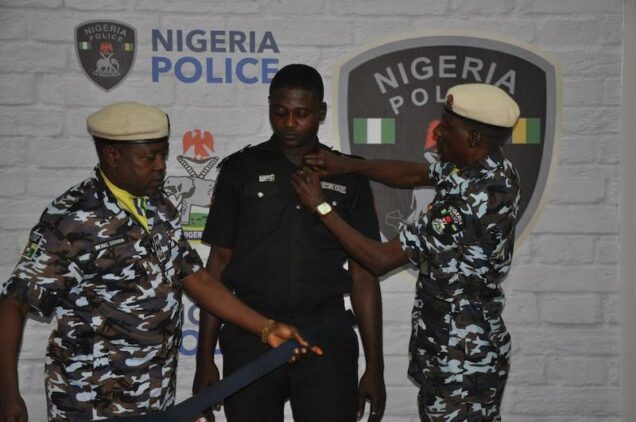 The Nigeria Police Force has dismissed Corporal Opeyemi Kadiri for  gross misconduct by checking a man’s phone in public.

Kadiri was caught on video recently assaulting a man for refusing that he allowed him to check his phone which he forcefully did.

The corporal, with Force No. 509745, is attached to Dolphin Divisional Headquarters, Lagos Police Command.

Force Public Relations Officer, Muyiwa Adejobi, in a statement, said the Police hereby called on officers and men of the Force to maintain professionalism and civility to members of the public in the discharge of their duties in line with extant laws.

“The Force equally calls on members of the public to ensure proper conduct in all encounters with police officers to avoid infractions which may be subject to prosecution,” he said.

Adejobi added that every sanctioned policeman is subjected to the Forces Disciplinary processes.

“We don’t sanction without due process and it’s not a personal affair, but systemic. The IGP or FPRO does not have the power to sanction and errant policeman but the law,” he said.