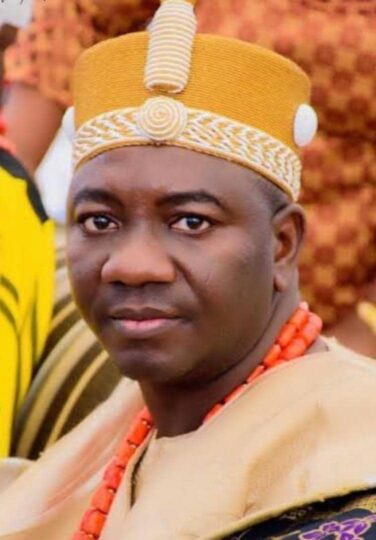 A major violent conflict which could have degenerated into an inter-ethnic bloodbath was nipped in the bud Friday evening at Ajase-Ipo following the prompt intervention of His Royal Highness, Oba Ismaila Muhammed Atoloye Alebiosu, the Olupo of Ajase-Ipo.

According to reports, a fight broke out between travelling members of the Oodua People’s Congress, OPC and Bororo traders along the Kara Market following an incident in which a Bororo trader was said to have ran into one of the vehicles in the convoy of the OPC members who were coming back from the Osun Oshogbo Festival.

In a proactive move aimed at forestalling a bloody encounter, the Olupo promptly rallied the Police and other Security Agencies in Offa and Ilorin to the scene of the incident.

Taking total control of the security threat, the Olupo led his Chiefs to Kara Market to personally ensure that normalcy was restored.

The timely intervention of the security agencies and the proactive steps taken by the Olupo saved the situation from getting out of control as calm had returned to the market by late Friday evening.

In a press release from the Olupo’s Media Unit, Oba Alebiosu expressed profound appreciation to Security Agencies, particularly the police for their prompt response and proactive steps taken to bring the situation to normal.

“The police deserve commendation for their promptness and professionalism. They rose to the occasion to nip a truly ugly situation in the bud. We give kudos to the officers and men of the police who took charge at Kara yesterday”, the Olupo said.

The Olupo also had words of commendation for Governor Abdulrahman Abdulrazaq for the result-driven security initiatives adopted by his government.

“The Kwara State Government, under the able leadership of Governor Abdulrahman Abdulrazaq has proven beyond doubts that Kwara is truly a State of Harmony. It is true the dynamic leadership of Governor Abdulrazaq that Kwara continues to enjoy peace in spite of the security challenges in the country. We must all join hands with the government to ensure that the peace we currently enjoy in Kwara is not disrupted,” the monarch said.

To further ensure that peace reigns supreme in Ajase-Ipo Land, the Olupo appealed to all residents to eschew violence and to live in peace and unity as they have always done.