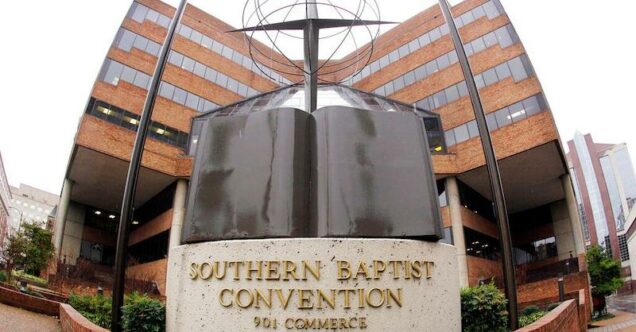 The leaders of the Southern Baptist Convention, the largest protestant denomination in the United States, revealed Friday that the church is being investigated for sexual abuse by the Justice Department.

“The SBC Executive Committee recently became aware that the Department of Justice has initiated an investigation into the Southern Baptist Convention, and that the investigation will include multiple SBC entities,” the church leaders said in a statement.

The executive committee’s 14 members said that each entity of the church being investigated is “resolved to fully and completely cooperate” with the investigation.

“While we continue to grieve and lament past mistakes related to sexual abuse, current leaders across the SBC have demonstrated a firm conviction to address those issues of the past and are implementing measures to ensure they are never repeated in the future,” the statement reads.

The news of the investigation came just months after executive committee in May released the results of a third-party investigation conducted by GuidePost Solutions which found that church leaders suppressed reports of child molestation and other sexual abuse for nearly two decades.

The report also said that accusations that a former president of the denomination sexually assaulted a woman in 2010 were “credible.”

Investigators said that denomination leaders called accusers “opportunistic” and “professional victims” with a “hidden agenda of lawsuits” who wanted to “burn things to the ground” while some even supported alleged abusers.

The church was resistance to reform initiatives and turned down the opportunity to hold a sexual abuse education conference in 2014, the report found.

The denomination even used its communications arm, the Baptist Press, to “portray survivors in an unflattering light and mischaracterize allegations of abuse.”

After that report, the Southern Baptist Convention released a 205-page list naming hundreds of ministers and church employees who have been accused of sexual abuse over the last 20 years.

The list, which was published on the church’s website and contains hundreds of entries mostly compiled from news articles, states it is “a fluid, working document” that is “incomplete” and “has not been adequately researched.”

The church said the list was released in the exact form it was provided to Guidepost Solutions for its 288-page report.

“We recognize our reform efforts are not finished. In fact, those efforts are continuing this very moment as the recently announced Abuse Reform Implementation Task Force begins its work and as each entity has strengthened its efforts to protect against abuse,” the executive committee said Friday.