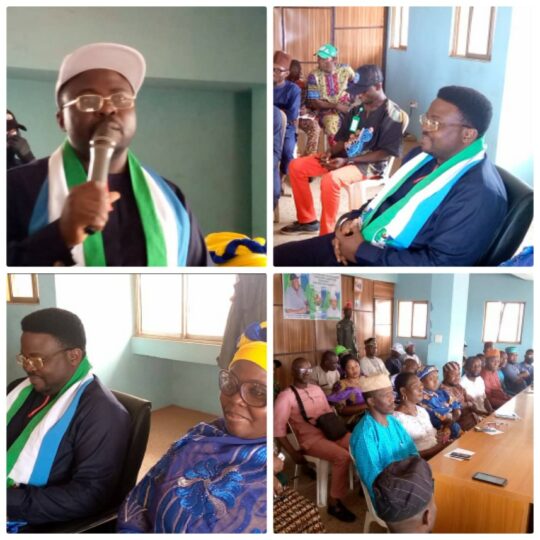 The governorship candidate of the New Nigeria People’s Party in Ogun State, Olufemi Ajadi, held a “strategic meeting” with candidates of the party to the Senate, House of Representatives and State Assembly, issuing them marching orders.

The orders centered on doing everything possible in positioning the party for victory come 2023.

Aside from NNPP candidates for the state assembly, House of Reps, and Senate elections, the meeting was graced by other party loyalists.

Ajadi, referencing the increasing acceptance of NNPP nationwide, advised the candidates to reciprocate it with electorate-centered policies and programs.

This he said was one way the party could show its sincerity in redeeming the people from the tyrannical governments of the All Progressives Congress (APC) and the People’s Democratic Party (PDP) at the state and federal levels.

“In line with the party’s objectives, we have a responsibility of explaining our manifestos to the people.

“We should not shy away from reiterating our willingness to be challenged legally if we fail to deliver on our promises to the people.”

He also urged the candidates to go back to their different constituencies and let their people understand why NNPP should be voted for in 2023.

“For the actualization of the new Ogun State to come into a reality, we need to work as a team so that each candidate’s dream comes true for the realization of the state of our choice,” he said.