BBNaija: Why Ilebaye, Khalid were evicted 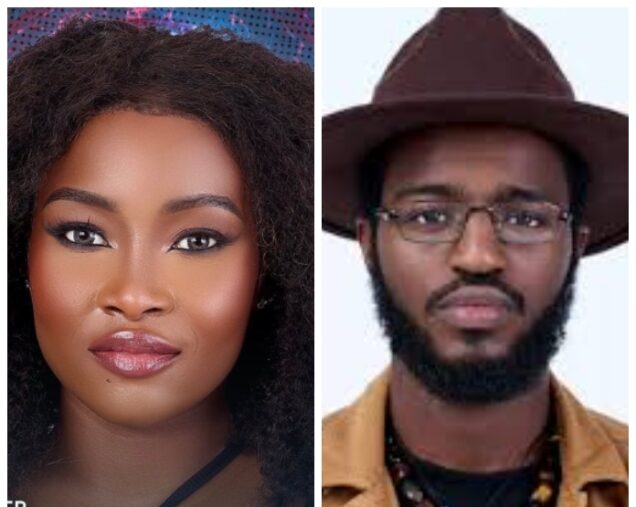 Ilebaye and Khalid: evicted from the BBNaija house.

Ilebaye and Khalid have been evicted from the BBNaija house. It was indeed a tension eviction night, as Groovy, Phyna and Bryann escaped eviction. Khalid who had been nominated for eviction the second time wasn’t twice lucky: unlike Phyna who was.

Ilebaye’s and Khalid’s eviction did not come as a surprise, though both were evicted for different reasons.Ilebaye was notorious for the drama and fights she fuelled in the house, one of which led to Beauty’s moment of rage and subsequent eviction from the house.

It would be recalled that it was because of the altercation between Ilebaye and Beauty that made the former beauty to earn her first strike.

Khalid, on his part never provided content and vibes while in the house, as he was too preoccupied with his hearthrob, Daniella to be focused. That Khalid lost focus from the outset is not an exaggeration.

He was too busy with Daniella that he never had time to vibe with other housemates. And several salacious videos showing him making out with Daniella under the duvet also went viral. Big brother is always watching and the BBNaija fans never forget.

However, Ebuka heightened the tension the more when he called out Groovy and Phyna on two different occasions for eviction only for him to say they had been saved.

Groovy and Phyna were so shocked that they couldn’t hide their emotions. While Groovy knelt down, thanking God for his escape, Phyna could not but she’d tears of joy.

Meanwhile, back in the Level 2 house, Groovy and Phyna has been sober. Groovy, who was visibly shaken by the process confessed to Phyna that “the thing shake me o. I swear.” But Phyna was thanking her fans for saving her, “Daughter of Zion,” as she called herself.