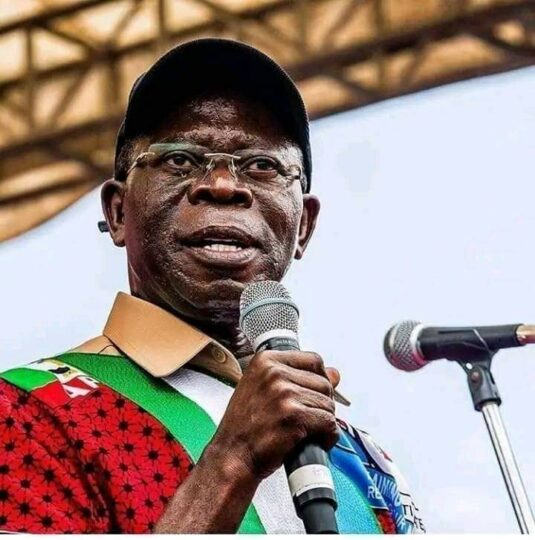 The All Progressives Congress (APC) in Edo State has described as an umbrella of lies the report about the defection of its members to the People’s Democratic Party (PDP).

Assistant Publicity Secretary, Mr. Victor Osheobo, on Saturday in Benin said “the hype of a purported defection of 64 leaders of the party to an unnamed faction of the PDP in the state was as an umbrella of lies emanating from the failed ruling party”.

Describing the reports as hype and a show of shame, Osheobo called on Governor Godwin Obaseki, his deputy, Philip Shaibu, and the state party chairman, Dr. Anthony Aziegbemhin, to be wary of this kind of self-deceit laced with a bogus and unfounded figure of defectors.

He said Aziegbemhin, a man who could bite the very finger that fed him any day and anytime, summed up the reality of this charade when he admitted openly that since 2008, the PDP had been losing Edo North, where the defectors hailed from.

The statement partly read; “Ironically, none of the so-called decampee leaders could have mustered any modicum of support from their bases.

“Their antecedents tally with that of the governor as a serial betrayer, and the deputy governor, Mr. Shaibu, a prodigal son who regularly and publicly disowns and disgraces his supposed political ‘father’.

“Two of the decampees like Sen. Francis Alimikhena and Mr. Lucky James stood out like sore thumbs.

“The Senator who returns to his vomit in his desperation to return to the Senate, knowing fully well that the position is neither his birthright nor his inheritance; and Mr. James, a political trader, whose greed and insatiable appetite for relevance is public knowledge.

“In conclusion, we liken the ‘Edo PDP’ and their new members as figurative jesters, typical of a drowning political party that has lived its life solely on betrayals, falsehood, fraud, and propaganda.

“We wish them failure in their endeavours”.