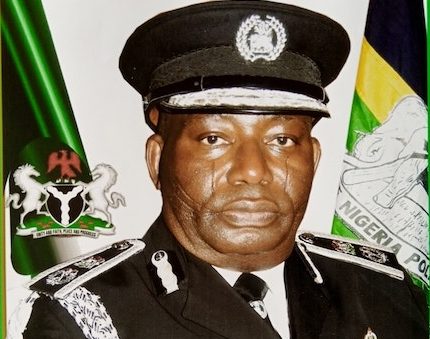 Intensive policing of the notorious Benin-Ekpoma highway by the Edo State Police Command has resulted in respite from kidnappers on the road in the last three months.

The State Commissioner of Police, CP Abutu Yaro, who disclosed this on Saturday, during a meeting with members of the Civil Society Organizations (CSOs), Nigerian Bar Association (NBA), and other relevant stakeholders in the state, noted that the road has not recorded any kidnapping activities in the past three months.

He attributed the success to the availability of logistics provided by the state government to the Command in combating crime.

According to Yaro, the only kidnapping activity witnessed in the state was in the last 120 days, that was carried out along the Benin-Lagos expressway, near Ogbemudia Farm, but was heavily repelled by men of the operatives of the command.

“I can confidently attest that in the past 90 days, the roads between Benin and Ekpoma has never witnessed kidnapping.

“I can equally attest that in the last 120 days, we had only one kidnapping attempt in Benin-Lagos expressway way at Ogbemudia Farm and which the police reacted totally and effectively rescued the victim and gave the kidnappers a tough firing experience,” he said.

Yaro opined that the Command has further taken delivery of 15 vehicles and other logistics that would make policing the state and making it safe for businesses and other social activities to thrive from the state government.

“I want to use this forum once more to commend the governor of Edo State for initiating this process and for bringing in new and robust security and engineering modern.

“As I speak, the Excellency, the Governor has placed elaborate CCTV camera system that covers almost every strategic place in the state capital.

“As I speak too, His Excellency has reenforced the police command with additional special forces components from Abuja in order to enable the proportional capacity of the command to remain consistently ahead.

“The governor has equally donated 15 new operational vehicles to the police command which are already be deployed to the divisions and as I speak in all the 58 police divisions in Edo State, we are operating with functional mobilities that is to say, we have functional vehicles and as I speak, the elements of lubricants, petroleum and Diesel required to power this vehicles have been emplaced”, he said.

The Commissioner of Police, while commending the Edo Security Network (ESN) for working hand-in-hand with the police in reducing crime and criminality in the state, said, the outfit will be reorganized just as he assured that within the next 72 hours, the officers and men of the operatives (ESN) would be given adequate training at the Ogida Police Barracks to enable them do their jobs effectively and professionally.

He further said the resolution of the meeting is for all stakeholders to support the Edo State Police Command in actualizing the mandate of securing Edo and make it to be more peaceful and urging us to fight violent crimes and criminality especially kidnapping and violent cultism.