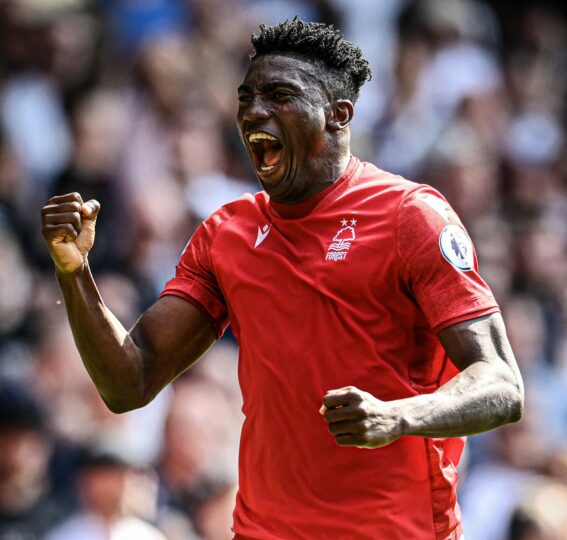 Until Awoniyi scored today, the last time Forest scored in the Premier League was on May 16, 1999.

Awoniyi scored at 45+2 minutes, just at the stroke of half-time.

The visitors thought they had opened the scoring shortly before the break as Rice slid the ball into Said Benrahma, who slotted it into the corner, but the goal was chalked off after a VAR review due to a foul in the build-up.

Just a few minutes later, Forest were ahead. The hosts worked the ball down the left and into former Hammer Jesse Lingard, whose cushioned effort deflected first off West Ham defender Ben Johnson, then Awoniyi, and into the net with Lukasz Fabianski wrong-footed.

Brennan Johnson thought he had doubled his side’s advantage early into the second half, dinking over the onrushing Fabianski, but VAR ruled the strike out for offside.

West Ham were handed a golden opportunity to restore parity from the spot after Scott McKenna blocked a goalbound shot with his arm in the box but Rice’s tame penalty was saved by Henderson to secure the win.