Why Nigeria is poor - Pastor Ibiyeomie 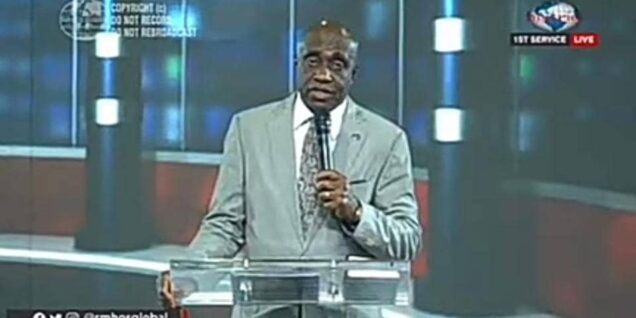 Pastor David Ibiyeomie, founder, Salvation Ministries has said Nigeria is poor because Nigerians do not like to work but want money.

Ibiyeomie, in a sermon on Sunday, said Nigeria is one of the idlest nations in the world.

“Can I tell you why Nigeria is poor? It is one of the idlest nations on Earth. People don’t like work here; they just like money. Any where people don’t work, nothing will work.

“Work is the platform for covenant blessings. I was studying and I was shocked to see something in Revelation 3:8. Your work is the meeting place where God blesses you where no devil can shut your door.

According to Ibiyeomie, work is godly, saying the first thing God gave man is work.

”It is not wife God gave man first. Almighty God did not speak garden, He planted. To tell you that there is no shortcut. God Himself worked. God planted and told man to work to dress it.

”It was after work before wife came for man. So, no idle man should marry. It is against Scriptures. They don’t marry to work; you work to marry. Any man not working, don’t marry him. Any man carrying brief case – he is a contractor; tell him which contract are you doing?

“My friend, work! This is where many miss it. Many give but they don’t work. Work generates wealth. It is those who work that wealth comes to,” he added.

Ibiyeomie also said the reason why militants spent money anyhow was that they did not work.

”If you are rich, check anybody around you who is not working. You find out that the way he spends money even you will be angry; because he is not labouring for it,” he stated in a transcript by Church Gist.