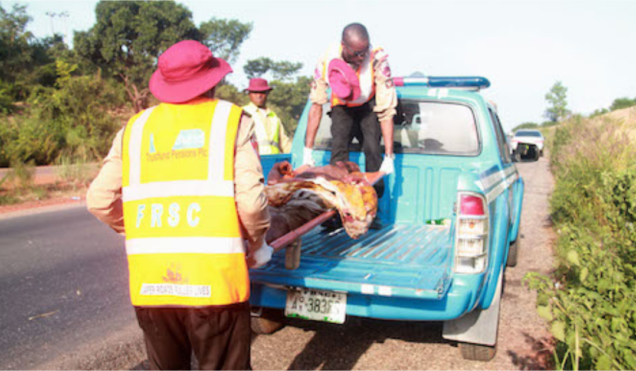 The Federal Road Safety Corps (FRSC) has explained how a reckless truck driver killed the driver of a bus who was trying to rectify some faults under his vehicle in an early Monday morning accident on the Lagos-Ibadan expressway.

He explained that at 5:35 am, a luxury passenger bus collided with a truck at Nipco filling station, Mowe.

According to him, the accident was caused by speed on the part of the truck driver, who lost control and rammed into the stationary bus.

Both vehicles had no registration number.

“The truck driver rammed into the stationary bus and killed the driver of the bus, who was under the bus trying to rectify some faults discovered from the vehicle.

”The bus was going outward Lagos to the Eastern part of the country before it developed a fault,” he said.

Meanwhile, the FRSC boss stated that the injured victims were taken to Famobis Hospital, Mowe, and the deceased deposited at the same hospital Morgue.