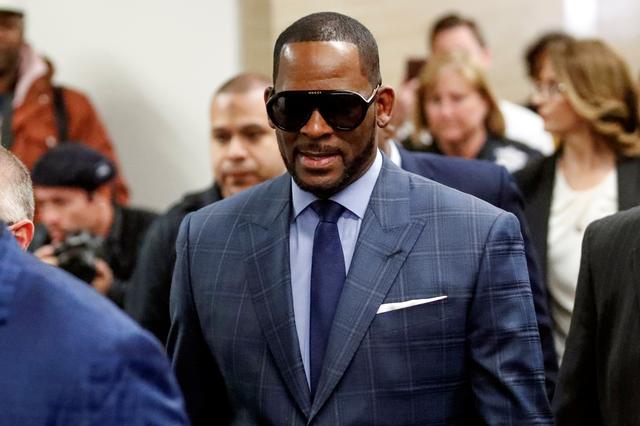 R&B singer R. Kelly faces a federal trial in his hometown of Chicago, for alleged rigging of his 2008 state child pornography trial.

He is being accused of threatening and paying off a girl who he allegedly filmed himself having sex with when he was around 30 and she was no older than 14.

The jury selection for the fresh trial begins today.

Jurors in 2008 acquitted Kelly on all charges, some explaining later that they felt they had no choice because the girl did not testify.

The woman, now in her 30s and referred to in filings only as “Minor 1,” will be the government’s star witness in the upcoming federal trial.

Kelly, 55, goes into Chicago federal court Monday already sentenced by a New York federal judge to a 30-year prison term for a 2021 conviction on charges he used his fame to sexually abuse other young fans.

Kelly, who rose from poverty on Chicago’s South Side to become a star singer, songwriter and producer, faces multiple counts at the federal trial.

They include four counts of enticement of minors for sex — one each for four other accusers. They, too, are slated to testify.

Convictions in Chicago could add decades to Kelly’s New York sentence, which he is appealing.

With the New York sentence alone, Kelly will be around 80 before qualifying for early release.

Two Kelly associates, Derrel McDavid and Milton Brown, are co-defendants at the Chicago trial. McDavid is accused of helping Kelly fix the 2008 trial, while Brown is charged with receiving child pornography. Like Kelly, they have also denied any wrongdoing.

Two state cases are also still pending. One is a multiple count sex-abuse case out of Cook County Circuit Court in Chicago. The other is a solicitation case in Minnesota. No trial dates are set for either.

Minor 1 is expected to testify that she was on video having sex with Kelly. The recording was at the heart of the monthlong 2008 trial and was played for jurors almost every day.

Minor 1 first met Kelly in the late 1990s when she was in junior high school. She had tagged along to Kelly’s Chicago recording studio with her aunt, a professional singer working with Kelly. Soon after, Minor 1 told her parents Kelly was going to become her godfather.

Prosecutors say Kelly later threatened and sought to pay off Minor 1 and her parents so they wouldn’t testify at the 2008 trial. None of them did.