Sheikh Ibrahim Khalil: Why I want to be Kano governor 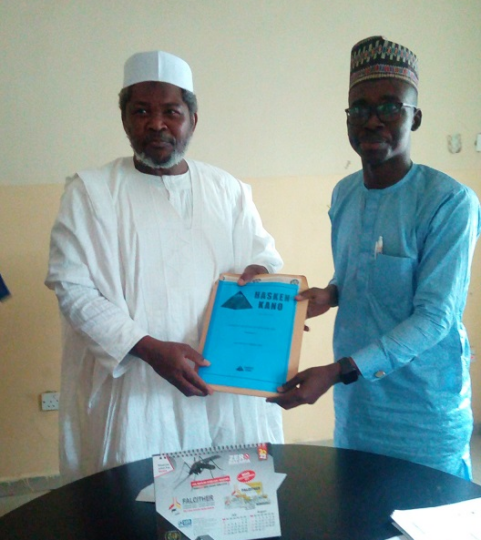 Sheikh Ibrahim Khalil, the governorship candidate of African Democratic Congress (ADC) in Kano (left) receiving a document on the Kano Citizens’ Charter of Demands, from the Partnership to Engage, Reform and Learn (PERL), a Non-Governmental Organisation (NGO).

Sheikh Ibrahim Khalil, the Kano State governorship candidate of the African Democratic Congress (ADC) said his target is to ensure good governance and quality leadership to the people.

He stated this on Tuesday in Kano shortly after receiving a document on the Kano Citizens’ Charter of Demands, from the Partnership to Engage, Reform and Learn (PERL), a Non-Governmental Organisation (NGO).

Khalil, also the state Chairman of the Council of Islamic Scholars, said that good governance has four pillars.

“The pillars are -ensuring justice for all, giving people appointments base on merit, protecting their freedom and consulting widely on issues,” he said.

He promised to encourage hard work among the people as well as ensure peaceful coexistence among residents.

Khalil also promised to accord top priority to education, health, economy environment, among other sectors.

He promised to ensure that the people were made to obey law and order in all affairs.

The candidate said that leaders must lead by example for followers to emulate.

In his remarks, the team leader of the NGO, Dr Abdulsalam Kani, said that the document highlighted some societal problems and proffered possible solutions for policy makers.

He said that the document was to expand citizens’ involvement in the governance processes for improved service delivery.

The News Agency of Nigeria (NAN) reports that the document tagged: “Hasken Jihad Kano”, was developed by 60 associations, civil society organisations and stakeholders under PERL, supported by the UK Foreign Commonwealth and Development Office (FCDO).(NAN) (www.nannews.ng)