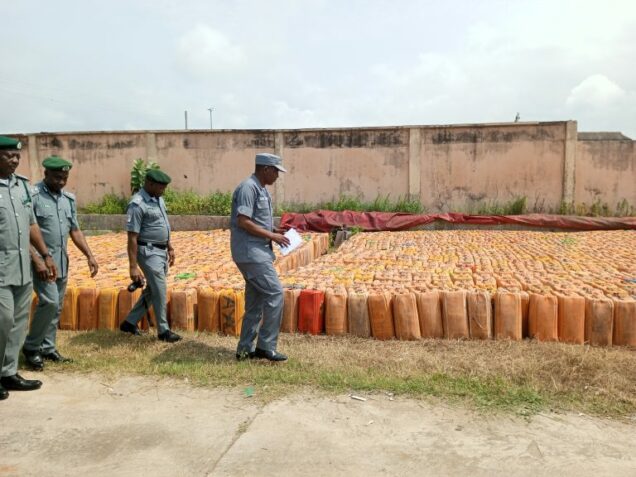 The Seme Command of the Nigeria Customs Service (NCS) has intercepted 119,940 litres of Premium Motor Spirit (PMS), popularly known as petrol, at the Badagry border creeks.

Comptroller Bello Jibo, the Customs Area Controller, made this known at a news conference on Wednesday in Seme, Lagos State.

Jibo said the seizure was made through continuous surveillance and offensive patrol by the officers and men of the command along the creeks and beaches.

On Aug. 15, the command received a tip-off that there were large quantities of petrol stockpiled close to a beach along Badagry waterways.

“The large quantities of petrol were intended to be smuggled out of the country. Our men stormed the location and the products were successfully evacuated to the command premises at Seme Border.

Meanwhile, he commended his officers for the high level of discipline, patriotism and professionalism exhibited in the discharge of their duties and urged them to keep making the Command and service proud.