How Gen. Dambazzau resisted pressure to take over during Yar'Adua's illness 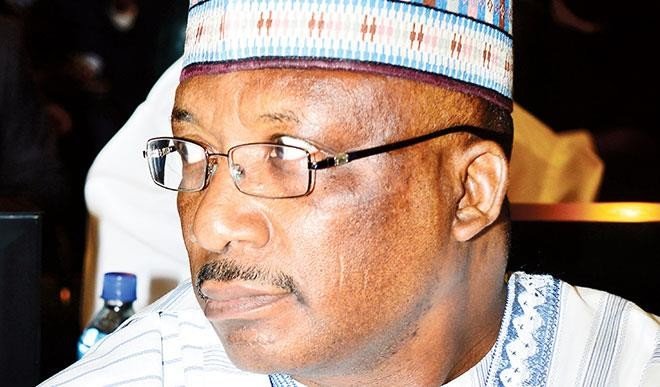 Former Chief of Army Staff, Lt.-Gen. Abdulrahman Dambazau (rtd), was under pressure to take over the government following the uncertainty in governance created in the country between November 2009 when late President Umaru Yar’Adua went to Saudi Arabia for treatment and and 5 May, 2010 when he eventually died.

Yar’Adua’s failure to fufill the constitutional obligations needed by his then deputy, Goodluck Jonathan to formally take over power had created created vacuum in governance hijacked by a cabal led by Turai, the wife of the late President.

Following protests and agitations by different groups that the Nigerian presidency has been hijacked by a cabal, the Senate on 10 February 2010, used the “doctrine of necessity” to declare Vice President Jonathan the Acting President.

However, Yar’Adua was brought back to the country under the cover of darkness on 24 February 2010 obviously still unwell to take over power from Jonathan.

Though he was not seen in public, the President’s cronies politicians were visiting the him in the Aso Rock presidential villa after which they will come out to assure Nigerians that he was making progress in his recovery.

However, the cabal also returned to power and were taking actions on behalf of the president until he died on 5 May at the Aso Rock Presidential Villa after which Jonathan took over as Nigeria’s President.

However, former spokesman of Nigerian Army, Kukasheka Usman said in Abuja on Tuesday that his then boss, Dambazau was pressured to take advantage of the gap created by Yar’Adua’s illness in governance of the country to take over power.

Usman, as reported by Thisday newspaper said, “One thing Nigerians do not know is that if we are counting champions of democracy in this country, there is no way you will not mention Lt.-Gen. Abdulrahman Bello Dambazau, and I will tell you why.

“Even though he is a prolific writer, he is yet to come out with his memoir and part of that memoir should be an expose of those people that undermined democracy in this country.

“I am saying this with every sense of responsibility, because that time the same group of politicians were the ones lobbying him to take over government unconstitutionally. We have the records and when he started writing the memoir, with due respect to him, I told him that he had to mention the names of the individuals so that posterity will remember them for who they are.

“Up till now, we are still contending with that issue and I know that the international community showed concern, to the extent that they had to meet with him, where he promised that he will not take over government.

“We still live with the flaks, where in some parts of the country, they call us women, because an opportunity came and we did not take advantage of it to take over government. Now, what am I driving at? All these issues that we are talking about lack focus on critical issues, discussing mundane issues; they are threatening the very corporate existence of this nation.

“When we visited 44 Reference Hospital, Kaduna, people were asking when is the announcement going to be made about taking over government. I’m so happy Gen. Akinyemi, the GOC 3rd Amoured Division (Jos) is still alive. You can ask him.

“A simple phone call to him to roll out the tanks and Gen. Dambazau would have been head of state, but he resisted that temptation, simply, because he had the interest of this nation at heart and he knows that democracy is the best form of government for this country.”

Dambazau also served as the Minister of Interior in the first tenure of President Muhammadu Buhari’s administration.