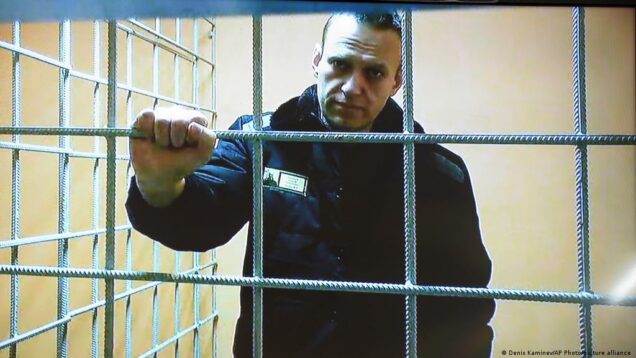 Russian dissident Alexei Navalny has called on the West to impose tougher sanctions on Russian oligarchs, as Moscow’s war on Ukraine continues unabated.

He stated this in an appeal he wrote from the prison camp where he is serving a lengthy sentence.

“Let us not forget: sanctions are needed to force the aggressor to stop the war. To put pressure on him. And there are complex solutions here, like the oil and gas embargo.

“But then there are really simple ones: personal sanctions. They don’t require anything but political will,” he added.

Navalny criticised the fact that while the head of state-owned Rosneft, Igor Sechin, is on an EU sanctions list, the head of energy giant Gazprom, Alexei Miller, is not.

Billionaire Roman Abramovich, a former English football club Chelsea FC, was not included on a United States sanctions list, for example, he said.

Of the 200 people listed as the richest Russians by Forbes magazine, barely a quarter are on Western sanctions lists, Navalny said.

Navalny is currently serving a nine-year prison sentence in a penal colony for alleged fraud.

The Russian judiciary is widely seen as controlled by the Kremlin, and has been slammed for its arbitrary rulings by human rights activists.

The dissident is viewed as a political prisoner, with his jailing criticised as retribution for his ongoing criticism of the Russian authorities.

Navalny narrowly survived an attempt to poison him with the chemical agent Novichok in August 2020, for which he blames Russian President Vladimir Putin.