What my little son said and my current reflections 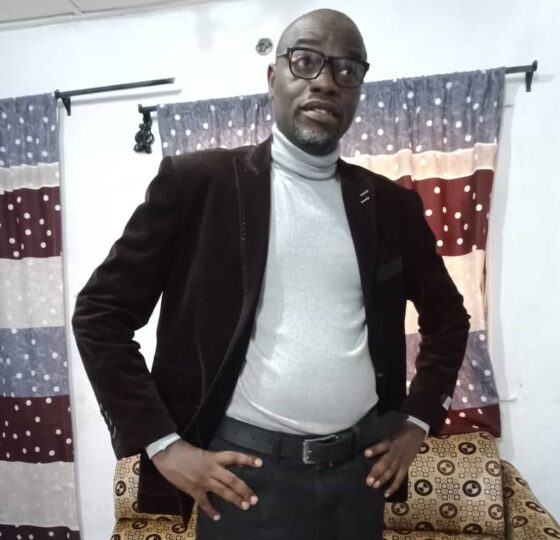 By Paul Dada
The youngest member of the Paul Dada’s family is a bright, smart, precocious and dreamy 7-year-old whose career ambition changes  frequently. He has desired to be a pilot. He has loved to be a scientist though I  can’t tell what branch of science was/is on his mind. He has also fallen in love with  architecture.
But recently, he said he wanted to be president of Nigeria. We found that amusing and showed it. I smiled when I heard that but only for a short time.  I soon became pensive and wondered if there would still be a Nigeria  when he’d become an adult.
Call me a pessimist all you want. But even the blindest among us should see the cheerless ominous signs. Nigeria is progressively getting worse. And only silly human ostriches whose heads are buried in the sand of shamelessness would downplay the tightly spun web of mess in which we have found ourselves. And we have so far been unable to extricate ourselves from this web of mess.
I was born in the 70s, and was in school during the tenure of the best man that ever governed Lagos, the late Alhaji Lateef Jakande. Jakande governed Lagos between 1979 and 1983. He was in his second term as some of his colleague elected political office holders, when the military sent them packing after a coup.
Jakande didn’t have a university degree or its equivalent yet he invested in education. It was his administration that established the Lagos State University. In public schools we had access to free textbooks. We were supplied food in school.
Jakande established low cost housing estates. Many people became proud house owners due to his housing scheme. His government constructed over 30, 000 housing units. He built schools. If you are old enough, you’d remember blocks of classrooms called “Jakande Blocks”.
Governor Jakande invested in health. He it was that built the General Hospitals at Gbagada and Ikorodu. He also established several health centres.
He started the Metroline project, a mass transit system which the killjoy and illegitimate military government of Muhammadu Buhari and his ever unsmiling deputy, Tunde Idiagbon, shut down.
But this is not just about Jakande.  Life  was way better in Nigeria even after the military  struck. I, Oluwafemi Paul Dada saw one kobo. I spent five kobo. And I  made use of 10 kobo.
And when the alleged grand patriarch of corruption, Ibrahim Badamosi Babangida held sway as military president,  life was better even if things had started to go  downhill a bit.
And not even during the rule of the dark-goggled evil genius, Sani Abacha who sacked the  illegal  Interim National Government of Ernest Shonekan and perpetrated great wickedness evidenced in state sponsored killings, human rights abuses and looting of the treasury, were things as bad as they are now.
In 1996, I could travel by road from Oshodi in Lagos to Aba in Abia, and from there to Port-Harcourt in Rivers without any fear of attack by “unknown” gunmen.
In the early 2000s, I wasn’t scared one bit to travel by road from Lagos to Kaduna, and Kaduna to Lagos. There was no fear of bandits or terrorists to stop the vehicle, kidnap me and my fellow passengers and threaten to end our lives if our families did not pay huge ransoms for us.
Today, we can’t travel by road even during the daytime without our hearts jumping into our mouths. Safety isn’t also guaranteed on commuting by rail.
Not too long ago, to avoid telling “stories that touch the heart”, I avoided the Abuja-Kaduna road. So, I took the train. But now, rail transportation along that route could be dangerous. We are still begging and praying the  remaining victims of the abducted Abuja-Kaduna train passengers breathe freedom.
Banditry, terrorism, activities of gunmen are what characterise the Nigerian life every day. We can’t farm in peace. We can’t go to school with joy. We can’t go to church  in hope. We can’t even live in our houses and feel secure.
The education sector is down. Varsity lecturers are crying. The health sector is comatose. Prices of  commodities have soared. Inflation rate has joylessly climbed to 19.64 per cent.
The government of Buhari has failed. And none of the three frontline politicians who wants to take over from the incumbent has convinced me they know what to do to set crumbling Nigeria on her feet again.
Bola Tinubu is  for now talking through his aides. And everything they are saying is a big nothing.  Contrary to what his followers think, Peter Obi hasn’t said anything substantial. Is Abubakar Atiku even making  any sense?
Wither goest this giant-turned Liliputian called Nigeria? Nowhere? Somewhere?
-Paul Dada, a veteran journalist, writes from Lagos.
Tags:   Nigeria   Paul Dada