Fani-Kayode: I saw the devil creep into PDP years ago [Video] 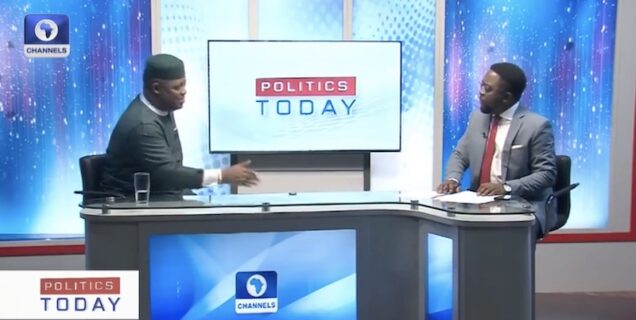 Former Aviation Minister, Chief Femi Fani-Kayode, said he is convinced that there is a devil in the opposition party, the Peoples Democratic Party (PDP).

He stated this on Wednesday, when he appeared on the Politics Today show on Channels Television on Wednesday night.

According to Fani-Kayode, who is one of the spokesmen for the APC Presidential campaign, he saw the devil creep into the PDP several years ago.

He slammed the PDP for being a sectional party, by picking its presidential candidate from the north.

He said the party now faces an implosion.

He also kicked the PDP for picking its two spokesmen for the campaign of Atiku Abubakar, all from the north. He was referring to Daniel Bwala and Senator Dino Melaye.