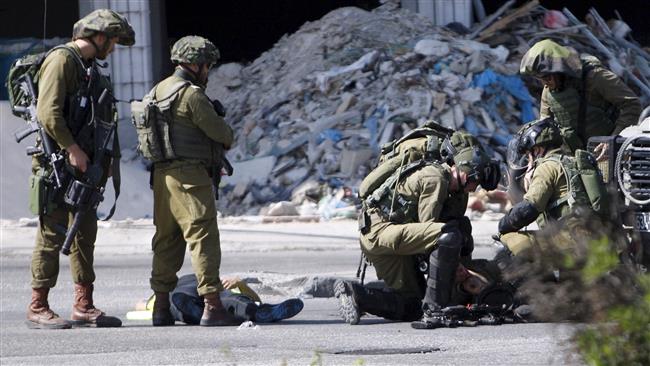 The body of a Palestinian wounded by Israelis is seen on the ground in the occupied West Bank city of al-Khalil (Hebron) in this October 16, 2015 photo. ©Reuters

Israel on Thursday shut down seven Palestinian non-governmental organizations (NGOs) in the West Bank, the NGOs representatives and directors said.

During an Israeli raid in the central West Bank city of Ramallah at pre-dawn on Thursday, broke into the offices of seven civil society and human rights organisations based in the city.

Israel outlawed six of these NGOs, which were labelled as “terrorist’’ organisations in October 2021.

Israel said that the Palestinian NGOs were linked to the Popular Front for the Liberation of Palestine, a Palestinian left-wing group.