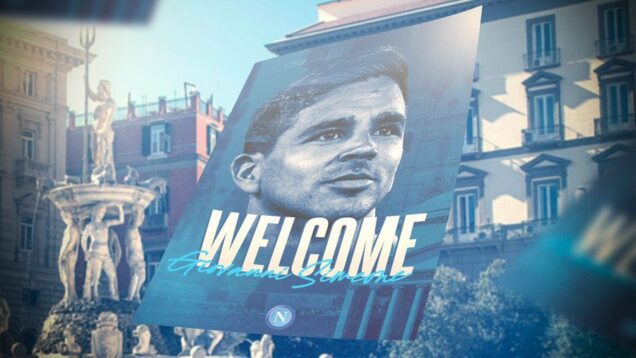 Napoli have completed the signing of striker Giovanni Simeone from Hellas Verona.

Simeone, who is a son of Atletico Madrid boss Diego, has joined Napoli on an initial loan with an obligation to buy if certain clauses are triggered.

Napoli announced the signing on Thursday, with Simeone opting for the number 18 shirt.

The 27-year-old has spent the past six seasons in Serie A with Genoa, Fiorentina, Cagliari and Verona, whom he only joined permanently in June after impressing on loan.

He scored 17 goals in the Italian top flight last season – a tally bettered only by Lautaro Martinez (21), Dusan Vlahovic (24) and Ciro Immobile (27) – while assisting five more.

Five-cap Argentina international Simeone’s arrival at Napoli comes on the back of the club’s record goalscorer Dries Mertens departing on a free transfer this window.

Luciano Spalletti’s side are believed to be closing in on further deals for Giacomo Raspadori from Sassuolo and Tottenham’s Tanguy Ndombele.