Robert Lewandowski robbed on his way to Barcelona training 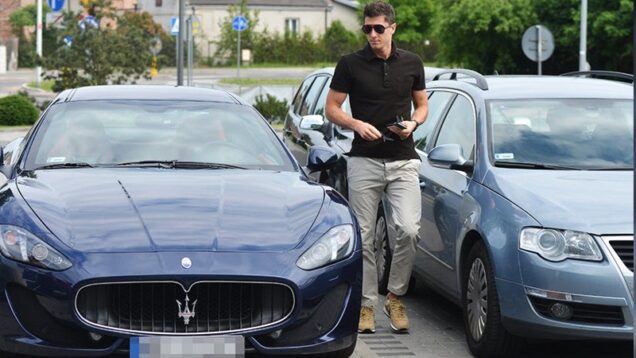 Robert Lewandowski was mugged on Thursday afternoon as he made his way to Barcelona’s Ciutat Esportiva training ground for today’s session.

Witnesses told the local newspaper Sport that the attack happened when the footballer stopped his car to attend to a number of fans who were waiting at the gates of the Barça training ground.

According to media reports, two individuals took advantage of the moment to open the passenger door of Lewandowski’s car and take a luxury watch that the player was wearing on his wrist.

The watch is reported to be a valuable piece, worth 75,000 euros.

Lewandowski quickly started his vehicle to pursue them and was joined by Catalan police who eventually recovered the stolen watch.

The criminals were found hiding under a tree.

However, Lewandowski suffered a small mishap in his car when he was chasing the two individuals who snatched his watch.

In spite of the acre, the player completed the session as normal and is believed to be fine albeit slightly shaken.