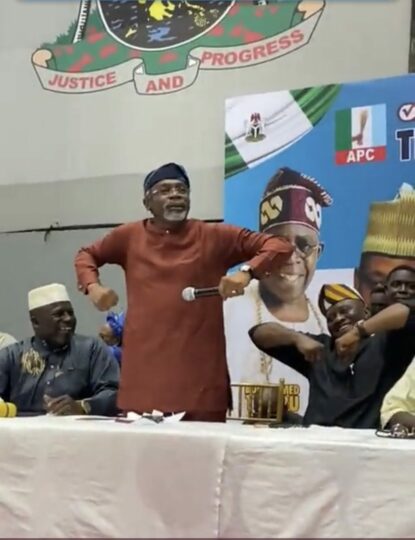 Speaker of the House of Representatives, Femi Gbajabiamila, has joined the league of prominent Nigerians who have publicly danced to Kizz Daniel’s hit song Buga.

Gbajabiamila was captured on Thursday dancing to the viral song at a constituency meeting in Surulere.

In the video, Gbajabiamila encouraged those in attendance to vote in the upcoming election telling them to show their Permanent Voter’s Card.

The speaker was also captured saying “Operation show your PVC la wa yi,’’ meaning “we are in the season of show your PVC.”

However, the video has generated loads of comments on social media.