APC, PDP in war of words in Benue 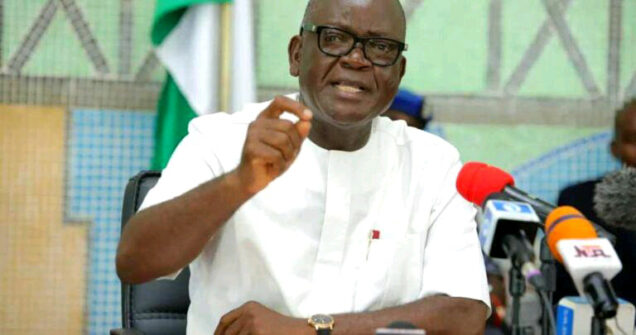 The All Progressives Congress (APC) in Benue on Saturday accused Gov. Samuel Ortom of mismanaging local governments in the state.

He said Ortom failed to conduct elections into the councils as prescribed by the 1999 Constitution noting that certain persons were merely parading themselves as local government chairmen in the state.

“These chairmen have been working and spending money on daily basis for several months without the requisite legislative arm in the local governments,’’ he alleged.

Reacting to the allegations, the Publicity Secretary of the Peoples Democratic Party (PDP) in the state, Mr. Bemgba Iortyom, countered that Ortom was not the one running the local governments.

He explained that the executive arm of the state government under Ortom’s leadership only exercised oversight functions on local governments through clear-cut constitutional provisions.

The provisions, he said, did not include constituting councils and inaugurating them.

“Local government council chairmen are vested with that responsibility. In the course of exercising this responsibility, they have inaugurated the vice-chairmen.

“This is a fact against the lie by APC that they have not been inaugurated,’’ he said.

Iortyom stressed that Ortom had been conducting council elections right from the time he became governor in 2015.