Grudge match: It is win or bust for Joshua against Usyk 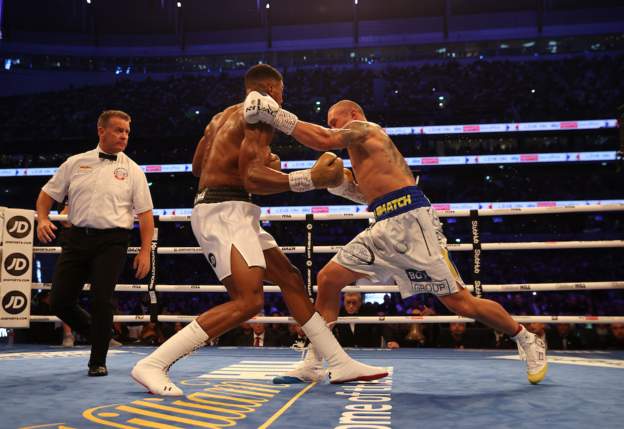 Joshua will be engaging in the battle of his life to reclaim the WBO, WBA (Super) and IBF titles he lost to Usyk.

Usyk defeated Joshua to claim his WBA, IBF and WBO heavyweight titles by unanimous decision back in September 2021.

The rematch would have happened before now but due to some unforeseen circumstances, but today, the big fight is happening. It is a must win for Joshua if he is to remain relevant in the boxing world.

The last time Joshua fought in Saudi Arabia, he outclassed Andy Ruiz Jnr. who had earlier knocked out the Britons to claim his belts.

But fighting against Usyk, who is the champion, is not going to be like the Ruiz’s rematch. The undefeated Usyk is arguably Joshua’s biggest threat, he has guts, tough chins and technically sound, coupled with his height, though Joshua is a little bit taller.

Boxing pundits have said only a drastically improved performance will see Joshua reclaim the WBO, WBA (Super) and IBF titles he lost almost a year ago.  Pundits and pros are split on whether the once unbeatable heavyweight can gain revenge over the undefeated Usyk.

Joshua needs to fight dirty, he must take the fight to Usyk. He must must not allow space for the champion to operate at will like he did in the last fight. Joshua must signify his intention from the blast of the whistle and should not wait until Usyk has won several rounds before he starts fighting.

Where are Joshua’s heavy punches? He needs to land such punches today, if he must scratch or dent a Usyk buoyed by the war in his homeland, Ukraine  and the need to salvage national pride.