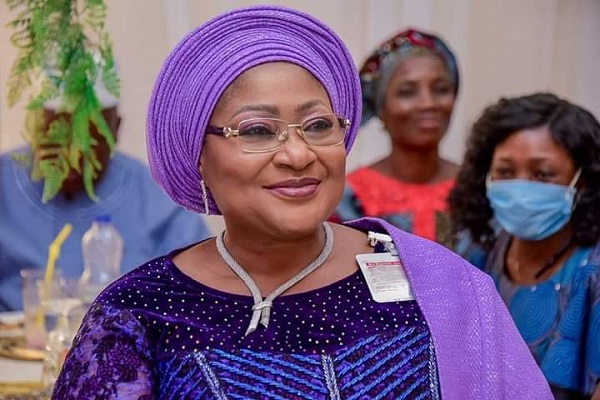 The convoy of Mrs Kafayat Oyetola, wife of Osun State Governor, Gboyega Oyetola, was on Friday night attacked by gunmen, with some security personnel injured.

The incident reportedly occurred at Owode, Ede area of Osun around 8.00pm on Friday.

Intermittent shootings were heard in the area, as security operatives engaged hoodlums in a shootout.

Information Officer to the office of the First Lady, Oluwatunmise Iluyomade, told The Punch that the convoy was attacked.

She said “No life was lost in the incident. Some security personnel attached to the convoy sustained various degrees of injuries.”

It was gathered that the convoy of Mrs Oyetola was heading to Osogbo and was around Owode market when intermittent gunshots were heard around the area.

Sources said a truck had created obstruction on the road when the First Lady’s convoy was around the area.

The security personnel attacked to the First Lady had gone to clear the road block when a brawl ensued, leading to a shootout.