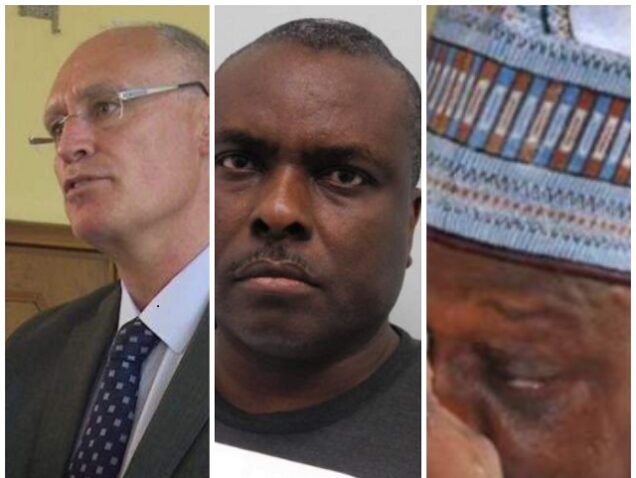 Do you miss investigating money laundering cases, credit card fraud and the likes? How has life been in retirement?

Having been in such a pressurized environment at the Met with all the daily stress and tolls, it was a huge lifestyle change for me. However, my experience as a Detective has come in handy. It is really surprising how seven years have ‘disappeared’ that quickly, but I have a new life now.
I have always had an interest in wildlife and was very fortunate soon after leaving the Met, to join a great team of people within the local authority’s animal health team. We effectively ‘police’ the farming industry and protect the food chain and animal welfare concerns. I haven’t missed it to be honest, because my current role is still within the investigating arena, although very different from financial crime. One thing I don’t miss is the endless hours or preparatory work to gain access to suspect’s financial accounts. The paperwork is far less for me now, and

What are highpoints of your 28-year service at the UK Met?

The highpoints were the 12 years when I was working on the Joshua Dariye, DSP Alamieyeseigha and James Ibori cases. I never ever dreamt that I would achieve anything like that. Tackling money laundering cases involving Politically Exposed Persons (PEPs) wasn’t something I ever thought I would be doing. It really ‘fell in my lap’. My role in 2004 was to deal with confiscation of assets from convicted criminals such as drug traffickers etc, not engaged in huge money laundering investigations. I began the Dariye investigation in 2004 because I was a qualified Financial Investigator at that time accredited with the Serious Organised Crime Agency (SOCA), but I had quite an uphill battle convincing my bosses that it was the right thing to do. The breakthrough came after a couple of months once I had discovered huge amounts of money in Dariye’s bank accounts. It was the unknown not only for me, but for the senior Crown Prosecutor of the Crown Prosecution Service. The arrest of Dariye in September 2004 and the recovery of a lot of cash from him convinced senior officers in London that this was worthwhile. Working closely with officers initially from the SSS and then the EFCC was incredibly rewarding. There were some barriers of trust to overcome in the early days which needed great diplomacy to achieve, but we got there, and I made great friends. The arrest of Dariye sent shockwaves across Nigeria and was the catalyst for further collaboration and assistance. It was really me being in Nigeria and listening and talking to people on the ground, establishing who was also doing something like Dariye that spurred me on. Meetings with Nuhu Ribadu [then EFCC Chairman] were frequent, and having been given names of those PEPs suspected to be laundering money into London, I decided to go for the ‘top two’ -Alamieyeseigha and Ibori. I thought at the time, ‘why not try to take out the top two’ as it could have huge results, but I knew it wasn’t going to be easy and it was also going to be very time-consuming. I was ‘up for it’ as were my colleagues within the EFCC, spurred on by Ribadu and Ibrahim Lamorde [then Director of Operations]. I began both investigations myself in 2005. I soon became ‘swamped’ with work as these top two guys had been extremely ‘busy’. Every day I was establishing new accounts, new assets, and new facilitators helping them. I needed help, especially after I arrested DSP at Heathrow airport and discovered £1million in cash hidden in his luxury London apartment! It was the foresight and ingenuity of my senior officers and officials of the Department for International Development who effectively requested me to set up the ‘Africa Desk’ at New Scotland Yard. A new team was formed and the help I needed was available. They were a great team of Detectives, some of the best the Met had. I knew we would be successful, and we proved that to be right.

What was the turning point in Ibori’s case?

It was when Goodluck Jonathan took the presidency and the then Attorney General Kaase Aondoakaa was replaced, because [before then] we had 18 months of no assistance whatsoever. All of a sudden it changed and everything was back on [track] again. The other big turning point was the assistance from the Dubai authorities, the United Arab Emirates. When Ibori ran to Dubai, he thought he was being clever and would get away with it. He didn’t realise what we could do. We’ve never tested Dubai before with extradition, and it was a big learning curve. It turned out that they were really helpful and Ibori never thought he would get caught in Dubai. That was terrific, and we had a big party in our office. He pleaded guilty and was convicted of serious criminality in 2012. In May 2012, spurious allegations of bribery and corruption were made against me and two of my colleagues by a solicitor who was representing him, Bhadresh Gohil, who helped him launder huge sums of money from Delta State. The allegations were outrageous and involved investigations by the MPS Department of Professional Affairs. The outcome of the investigation was that no wrongdoing could be established against any MPS officer and [so] no action was taken. However, Gohil was further charged with perverting the course of justice, but the case dramatically collapsed at the beginning of his trial with the CPS offering no evidence. To this day I am still perplexed as to that outcome as I wanted to get into the witness box at Crown Court and tell the whole world what had happened, but I wasn’t afforded the opportunity. Ibori and Gohil appealed against their convictions to the High Court, Supreme Court and even the European Court of Human Rights, but all failed. This was a testament to the quality of the evidence we had established and something which couldn’t be challenged. Following the appeal process, a decision was made by the CPS that all the prosecution team and investigators should not be involved with the pending confiscation hearings. I had completed at least seven very lengthy witness statements and accumulated thousands of supporting documents from the investigation. It was a disappointing decision, but one I respected even though I would be in a much better place to answer any questions than He would have been prosecuted in the UK if we had the evidence to proceed against him. He was given bail (he agreed to the terms and signed to that effect) to return to Belgravia Police Station in December 2004 as the investigation was still ongoing. The evidence of Ebenezer Retnan Ventures (the conduit pipe he used) and the truth of where he had stolen the money from weren’t in our hands until a few months later as the SSS/EFCC hadn’t uncovered it by that stage. As Dariye had fled back to Nigeria and someone having to adopt my statements. Do you think that a team of Detectives in London who had worked tirelessly to convict Ibori would be willing to accept a measly alleged bribe of £20,000? It is laughable especially when the DPS investigation discovered that £11,000 of it was never paid and the remainder was paid to an employee of a management company for his travelling expenses!

You investigated Dariye, but he was never prosecuted in the UK.

He would have been prosecuted in the UK if we had the evidence to proceed against him. He was given bail (he agreed to the terms and signed to that effect) to return to Belgravia Police Station in December 2004 as the investigation was still ongoing. The evidence of Ebenezer Retnan Ventures (the conduit pipe he used) and the truth of where he had stolen the money from weren’t in our hands until a few months later as the SSS/EFCC hadn’t uncovered it by that stage. Once the evidence of his wrongdoing surfaced, he was charged to court by the EFCC. As the EFCC was prosecuting him, we had to respect the decision, and that no extradition proceedings would be instigated as domestic proceedings take precedence.

What are your takeaways from Dariye’s demeanour in the courtroom?