Obasanjo clears air on meeting with Tinubu: 'I'm being misquoted' 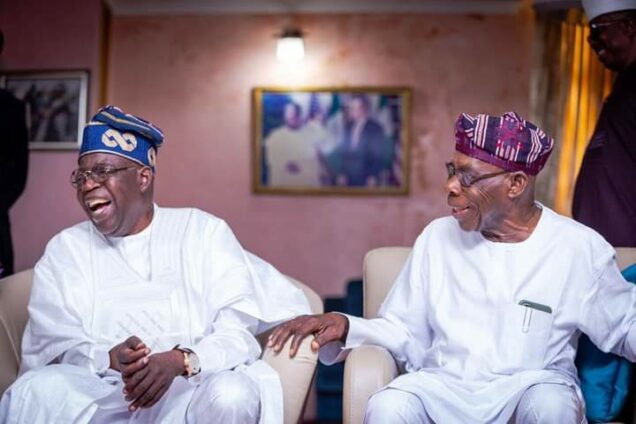 Former President, Chief Olusegun Obasanjo has expressed dissatisfaction with the unauthorized report of the discussion at his meeting with Bola Ahmed Tinubu the Presidential Candidate of APC and the fake statements credited to him.

In a statement by his Special Assistant on Media, Kehinde Akinyemi on Saturday, Obasanjo said the statements coming from those claiming to be supporters of Bola Tinubu were unhelpful.

The former President said the discussion during the visit was “more brotherly than political”, and that at the request of Bola Tinubu, Obasanjo agreed to no statement from either side.

“Those claiming to be insiders at the meeting issuing statement on the discussion and those crediting to me statement I had not made are enemies of the visitor and are not doing the visit any good”, Obasanjo said.

The APC Presidential candidate had met with the former president last Wednesday behind closed doors.

The two leaders did not address newsmen after the  meeting, but speculations of what transpired at the meeting trended on social media.